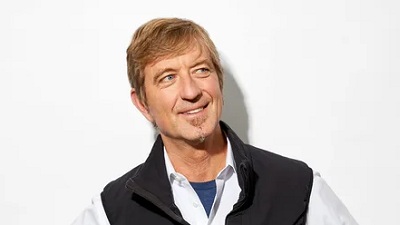 Laronde, the company pioneering Endless RNA – a novel, engineered form of RNA that can be programmed to express proteins inside the body for breakthrough treatments – today announced that John Mendlein, Ph.D., the company’s Chairman, will become its interim Chief Executive Officer, effective this month.

Mendlein succeeds Diego Miralles, M.D., who joined Laronde as CEO in December 2020 from Vividion Therapeutics, Inc. and Johnson & Johnson in San Diego. Mendlein, a Flagship Pioneering Executive Partner, has been involved with numerous Flagship bioplatform companies in board or senior leadership roles, including Adnexus, Axcella, Editas, FL55, Laronde, Moderna, Omega and Senda, and is a seasoned biotech entrepreneur with more than two decades of experience in building bioplatform companies from small molecules to programmable medicines. As he assumes the role of interim CEO, the company will initiate a CEO search. Diego Miralles will continue to work with Flagship ecosystem companies as an Advisor.

“On behalf of the Board of Directors, I would like to thank Diego for his efforts to advance Laronde through its emergence from stealth and its next company building steps, and for his deep commitment to our mission,” said Mendlein, Laronde Chairman and incoming CEO. “Our multi-product eRNA platform holds the promise to change medicine and I look forward to partnering with the entire Laronde team to write the next exciting chapter of Laronde as we bring forward breakthrough eRNA treatments into the clinic in 2023.”

“Flagship founded Laronde in 2017 to industrialize our invention of endless RNA and scale the development of our new class of medicines based on eRNA,” said Avak Kahvejian, Ph.D., Laronde Founding CEO, Co-founder, Board member, and Flagship General Partner. “Since that time, we have remained actively involved in developing the eRNA platform and company strategy. John’s entrepreneurial experience with first-in-category programmable bioplatforms positions him well to lead the company during this important next phase of growth.”

“Laronde has an exceptional team leading the development of its eRNA platform, with the potential to create a new class of programmable medicines,” said Diego Miralles. “I look forward to my continuing role engaging with Flagship as an Advisor and am grateful for my time at Laronde and wish John all the best in his new role.”

John Mendlein is an executive partner at Flagship Pioneering, contributing to Flagship’s strategic and operational objectives, including the origination of new Flagship Labs companies. A longtime member of Flagship’s broader ecosystem of companies, John is an experienced biotech entrepreneur. Prior to joining Flagship, John served as president of corporate and product strategy at Moderna and was a member of Moderna’s board of directors from 2012 to 2018. He has also held leadership roles at multiple additional biotech enterprises including Aurora Biosciences (acquired by Vertex Pharmaceuticals), Adnexus Therapeutics, Fate Therapeutics and Affinium Pharmaceuticals (acquired by Debiopharm Group). John currently serves on the boards of Flagship companies FL55, Harbinger Health, Laronde, and Senda Biosciences. John is also a co-author or co-inventor of over 210 publications and published patents. For more about John Mendlein, see here.

Ribonucleic Acids, or RNAs, play a significant role in biology. Among their functions, they provide the “code” that instructs cells to produce or regulate proteins, the building blocks of life and important regulators of disease processes. Because RNAs provide coded instructions to cells, they can be programmed to produce specific effects. This approach has been validated by the successful development of several important RNA-based medicines, but RNA’s potential as a drug development modality has just begun. Endless RNA™, or eRNA, was invented at Flagship Labs and is a new class of synthetic, closed-loop RNA. Because eRNA has no free ends, it is not recognized by the immune system and is very stable, enabling a long duration of protein expression. In addition, eRNA can serve protein-coding and non-protein-coding functions, and its protein translation capabilities are completely modular — switching an eRNA “protein sequence cassette” enables the expression of a different protein or multiple proteins that can be tuned as needed on an application-by-application basis.

Laronde is pioneering a platform that offers a completely novel way of modulating human biology. Endless RNA™ (eRNA), invented at Flagship Labs, is a uniquely engineered RNA that can be programmed to express diverse proteins inside the body. It is persistent, non-immunogenic, allows for repeat dosing, and offers flexibility in formulation and delivery. Laronde was founded in 2017 by Flagship Labs, the innovation foundry of Flagship Pioneering. The company is rapidly scaling to support the parallel development of multiple programs across many disease areas. To learn more, please visit the company’s website at https://www.laronde.bio/ or Twitter and LinkedIn.