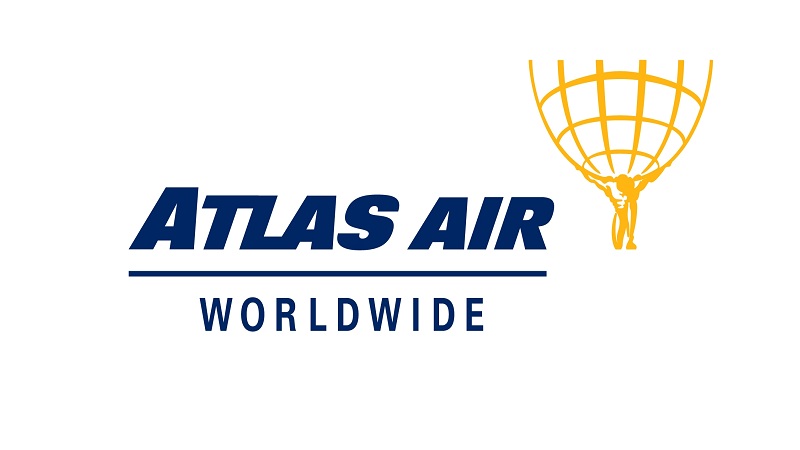 In light of the announced transaction with the investor group, Atlas Air Worldwide has cancelled the second quarter 2022 earnings call previously scheduled for Friday, August 5, 2022. The Company is not providing financial guidance for the third quarter and full year 2022.

1 July 29, 2022 represents the last full trading day prior to market speculation regarding a potential sale of the Company.

Higher Airline Operations revenue primarily reflected an increase in the average rate per block hour, partially offset by a reduction in block hours flown. The higher average rate per block hour was primarily due to higher fuel prices and higher yields (net of fuel), including the impact of new and extended long-term contracts. Block hours decreased primarily due to a reduction in less profitable smaller gauge CMI service flying and our operation of fewer passenger flights, as well as operational disruptions related to an increase in COVID-19 cases late in the second quarter. The increase in cases adversely impacted our crew availability and our ability to position them due to the widespread and well-publicized cancellations of commercial passenger flights.

Airline Operations segment contribution decreased during the quarter primarily due to increased pilot costs related to our new collective bargaining agreement (CBA), higher premium pay for pilots operating in certain areas significantly impacted by COVID-19, as well as higher overtime pay related to an increase in COVID-19 cases late in the second quarter. In addition, segment contribution was negatively impacted by the operational disruptions related to the increase in cases as described in the segment revenue discussion above. These items were partially offset by higher yields (net of fuel), including the impact of new and extended long-term contracts, as well as lower heavy maintenance expense.

In Dry Leasing, segment revenue in the second quarter of 2022 was relatively unchanged compared with the prior-year period. Higher segment contribution was primarily due to lower interest expense related to the scheduled repayment of debt.

Unallocated income and expenses, net, decreased during the quarter primarily due to lower professional fees and lower interest expense related to our adoption of the amended accounting guidance for convertible notes, partially offset by a reduction in refunds of aircraft rent paid in previous years.

As previously announced in February 2022, our Board of Directors approved a share repurchase program authorizing the repurchase of up to $200.0 million of our common stock.

In connection with the announced transaction, we have suspended our share repurchase program.

During the second quarter, we took delivery of the first of our four new 747-8Fs. The remaining three aircraft are expected to be delivered throughout the balance of this year. As announced in February 2022, all four of these aircraft are placed with customers under attractive long-term agreements.

In addition, we look forward to the deliveries and placements of the four new 777-200LRFs, for which we are in advanced negotiations. We expect the first aircraft to be delivered late in the fourth quarter of this year and three more throughout 2023.

As previously disclosed, we are purchasing five of our existing 747-400Fs at the end of their leases during the course of this year, the first of which was acquired in March and the second in May. We expect to complete the remaining three aircraft acquisitions between August and December 2022.

Acquiring these widebody freighters underscores our confidence in the demand for international airfreight capacity, particularly in express, e-Commerce and fast-growing global markets, and will drive strong returns for Atlas in the years ahead.

To settle the Notes, Atlas delivered to holders $216.6 million in cash and 138,509 shares of our common stock. For the value above par, Atlas received 25,957 shares from the bank hedge counterparties, resulting in a net issuance of 112,552 shares.

The change in position resulted from cash used for investing and financing activities, including $216.6 million related to the settlement of our 2015 Convertible Notes, $146.3 million for pre-delivery payments for our new aircraft and $100.0 million for our ASR, partially offset by cash provided by operating activities.

Net cash used for investing activities during the first six months of 2022 primarily related to payments for flight equipment and modifications, including aircraft delivery and pre-delivery payments, as well as capital expenditures and spare engines.

Net cash used for financing activities during the period primarily related to payments on debt obligations and the ASR, partially offset by proceeds from debt issuance.

To supplement our financial statements presented in accordance with U.S. GAAP, we present certain non-GAAP financial measures to assist in the evaluation of our business performance. These non-GAAP measures include Adjusted EBITDA; Adjusted net income; Adjusted Diluted EPS; Adjusted effective tax rate; and Free Cash Flow, which exclude certain noncash income and expenses, and items impacting year-over-year comparisons of our results. These non-GAAP measures may not be comparable to similarly titled measures used by other companies and should not be considered in isolation or as a substitute for Net income; Diluted EPS; Effective tax rate; and Net Cash Provided by Operating Activities, which are the most directly comparable measures of performance prepared in accordance with U.S. GAAP, respectively.

Our management uses these non-GAAP financial measures in assessing the performance of the company’s ongoing operations and in planning and forecasting future periods. We believe that these adjusted measures, when considered together with the corresponding U.S. GAAP financial measures and the reconciliations to those measures, provide meaningful supplemental information to assist investors and analysts in understanding our financial results and assessing our prospects for future performance. For example:

Atlas Air Worldwide is a leading global provider of outsourced aircraft and aviation operating services. It is the parent company of Atlas Air, Inc. and Titan Aviation Holdings, Inc., and is the majority shareholder of Polar Air Cargo Worldwide, Inc. Our companies operate the world’s largest fleet of 747 freighter aircraft and provide customers the broadest array of Boeing 747, 777, 767 and 737 aircraft for domestic, regional and international cargo and passenger operations.

Atlas Air Worldwide’s press releases, SEC filings and other information may be accessed through the company’s home page, www.atlasairworldwide.com.