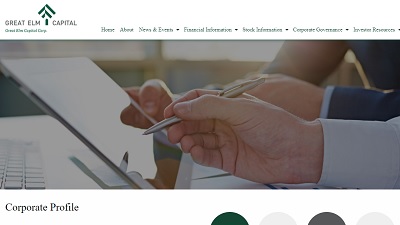 Management Commentary
“We completed our rights offering in June, which strengthened our balance sheet, enhanced our asset coverage ratio and provided added liquidity which we are deploying opportunistically into new higher-yielding investments,” said Matt Kaplan, GECC’s Chief Executive Officer. “We are navigating through the challenging macro environment and have been able to take advantage of volatility in the secondary markets. Moving forward, we continue to focus on our strategy of growing our Specialty Finance platforms as we seek to grow our NII and NAV over time and create stockholder value.”

Rights Offering
On June 13, 2022, the Company announced the final results of a non-transferable rights offering, which entitled holders of rights to purchase one new share of common stock for every one right held at a subscription price of $12.50 per share. The company sold approximately 3.0 million shares of common stock for aggregate gross proceeds of $37.5 million.

Net proceeds from the offering will be deployed opportunistically in accordance with the Company’s investment objectives and policies, including into investments in specialty finance businesses.

Net realized and unrealized losses for the quarter ended June 30, 2022 were approximately ($5.7) million, or ($1.10) per share. Net realized and unrealized losses were driven largely by general market weakness and spread widening, largely in June, impacting portfolio marks, as well as a further write-down of investments in Avanti. As of June 30, 2022, the fair value of investments in Avanti was approximately $0.2 million, or less than 1% of portfolio fair value.