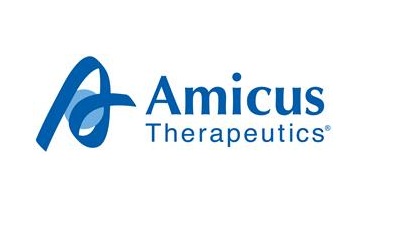 Bradley Campbell, President and Chief Executive Officer of Amicus Therapeutics, Inc., stated, “Through the first half of the year and into the third quarter, we have gained great momentum towards achieving our key strategic priorities for 2022. We are pleased by the continued global uptake of Galafold and continued patient demand, which is driving strong operational growth in-line with our 2022 guidance. We are focused on gaining regulatory approvals of AT-GAA for people living with Pompe disease around the world. Importantly, we are poised for the anticipated successful launch of AT-GAA and continue to believe in the potential of this treatment regimen to become the new global standard of care in Pompe disease. These efforts, together with our careful management of expenses and the financial strength of our business, uniquely position Amicus to deliver sustainable value for shareholders while upholding our mission for people living with rare diseases.”

1 In order to illustrate underlying performance, Amicus discusses its results in terms of constant exchange rate (CER) growth. This represents growth calculated as if the exchange rates had remained unchanged from those used in the comparative period. Full-year 2022 Galafold revenue guidance utilizes the average actual exchange rates for 2021.
2 Based on projections of Amicus non-GAAP Net Income under current operating plans, which includes successful AT-GAA regulatory approvals and continued Galafold growth. We define non-GAAP Net Income as GAAP Net Income excluding the impact of share-based compensation expense, changes in fair value of contingent consideration, loss on impairment of assets, depreciation and amortization, acquisition related income (expense), loss on extinguishment of debt, loss on impairment of assets, restructuring charges and income taxes.
3 Full reconciliation of GAAP results to the Company’s non-GAAP adjusted measures for all reporting periods appear in the tables to this press release.
4 A reconciliation of the differences between the non-GAAP expectation and the corresponding GAAP measure is not available without unreasonable effort due to high variability, complexity, and low visibility as to the items that would be excluded from the GAAP measure.

About Galafold
Galafold® (migalastat) 123 mg capsules is an oral pharmacological chaperone of alpha-Galactosidase A (alpha-Gal A) for the treatment of Fabry disease in adults who have amenable galactosidase alpha gene (GLA) variants. In these patients, Galafold works by stabilizing the body’s own dysfunctional enzyme so that it can clear the accumulation of disease substrate. Globally, Amicus Therapeutics estimates that approximately 35 to 50 percent of Fabry patients may have amenable GLA variants, though amenability rates within this range vary by geography. Galafold is approved in more than 40 countries around the world, including the U.S., EU, U.K., and Japan.

U.S. INDICATIONS AND USAGE
Galafold is indicated for the treatment of adults with a confirmed diagnosis of Fabry disease and an amenable galactosidase alpha gene (GLA) variant based on in vitro assay data.

This indication is approved under accelerated approval based on reduction in kidney interstitial capillary cell globotriaosylceramide (KIC GL-3) substrate. Continued approval for this indication may be contingent upon verification and description of clinical benefit in confirmatory trials.

USE IN SPECIFIC POPULATIONS
There is insufficient clinical data on Galafold use in pregnant women to inform a drug-associated risk for major birth defects and miscarriage. Advise women of the potential risk to a fetus.

It is not known if Galafold is present in human milk. Therefore, the developmental and health benefits of breastfeeding should be considered along with the mother’s clinical need for Galafold and any potential adverse effects on the breastfed child from Galafold or from the underlying maternal condition.

Galafold is not recommended for use in patients with severe renal impairment or end-stage renal disease requiring dialysis.

The safety and effectiveness of Galafold have not been established in pediatric patients.

To report Suspected Adverse Reactions, contact Amicus Therapeutics at 1-877-4AMICUS or FDA at 1-800-FDA-1088 or www.fda.gov/medwatch.

EU Important Safety Information
Treatment with Galafold should be initiated and supervised by specialists experienced in the diagnosis and treatment of Fabry disease. Galafold is not recommended for use in patients with a nonamenable mutation.

For further important safety information for Galafold, including posology and method of administration, special warnings, drug interactions and adverse drug reactions, please see the European SmPC for Galafold available from the EMA website at www.ema.europa.eu.