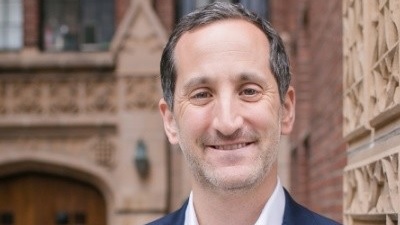 Since co-founding Greenbacker in 2011, Mash has been a key member of the company’s management team. Previously an Executive Vice President of Structured Finance at the firm, he brings to his new roles a deep foundational knowledge of Greenbacker’s financial operations, particularly tax equity and debt financing to support asset acquisitions, as well as the industry partnerships he has built over the company’s more than a decade of sustainable infrastructure investment.

During Mash’s tenure, the company’s gross investment value1 grew to over $2.04 billion and the clean power–generating capacity of its fleet of renewable energy projects expanded to over 2.64 gigawatts, with 404 assets across 34 states, districts, territories, and provinces.2 In his role on Greenbacker’s Executive Committee, he has also helped drive the growth and direction of the Greenbacker organization as a whole.

“I’m delighted that Spencer Mash will be stepping into the position of CFO, Secretary, and Treasurer of our company,” said Charles Wheeler, CEO of GREC. “We are extraordinarily fortunate to have Spencer assume these additional responsibilities, as it would have been very difficult to find anyone more capable or qualified. His contributions to Greenbacker’s growth and the mutual respect he enjoys across our entire organization is impossible to quantify.” The responsibilities transitioned to Mash from Richard Butt who, in July 2021, notified Greenbacker of his plans to retire as CFO in 2022, after eight years of service in that role.

“The opportunity to see Greenbacker grow from our beginnings in a one-room office to a thriving renewables business driving a clean energy future across the county is indescribably special,” said Mash. “It’s an honor to assume these roles from Richard, and I’m excited to work with people across the Greenbacker organization to continue making a real impact, building on our growth and momentum, and fulfilling our mission of empowering a sustainable world.”

About Greenbacker Renewable Energy Company
Greenbacker Renewable Energy Company LLC is a publicly reporting, non-traded limited liability sustainable infrastructure company that acquires and manages income-producing renewable energy and other energy-related businesses, including solar and wind farms. We seek to invest in high-quality projects that sell clean power under long-term contract to high-creditworthy counterparties such as utilities, municipalities, and corporations. We are long-term owner-operators, who strive to be good stewards of the land and responsible members of the communities in which we operate. We believe our focus on power production and income generation creates value that we can then pass on to our shareholders—while facilitating the transition toward a clean energy future. For more information, please visit www.greenbackercapital.com.