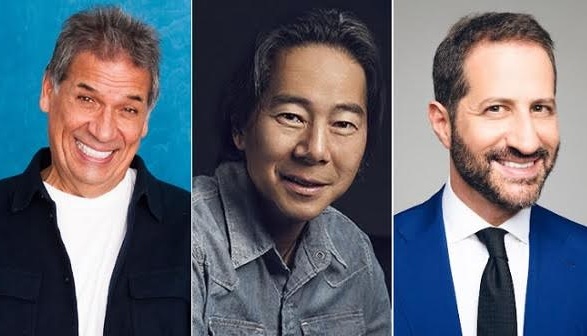 The coming arts season will delight comedy lovers as Bobby Collins, MODI and Henry Cho headline the 2023 Stand-Up Comedy Series presented by the City of Aventura at the Aventura Arts & Cultural Center.

Collins will ring in the New Year with peals of laughter on Thursday, January 19 at 8 p.m.Audiences across the country relate to his comedic characterizations as he exposes the humor of day-to-day situations as well as serving up resplendent rants on world events. Through precise physical timing and impeccable audience insight,he skillfully dissects everyday life with effortless flair and charisma to successfully dismantle any and all socioeconomic, race and age divides.Widely regarded as a “comic’s comic,” Collins has worked alongside friends Chris Rock, Ray Romano and Drew Carey while Rosie O’Donnell specifically requested he take over as host for Stand-Up Spotlight. His television appearances include The Tonight Show with both Jay Leno and Jimmy Fallon. This event contains adult language or content. Tickets are $52-$57.

In a sweet pre-Valentine’s Day performance for comedy lovers, MODI: Know Your Audience is presented Thursday, February 9 at 8 p.m.Voted one of the top 10 comedians in New York City by The HollywoodReporter, MODI is one of the comedy circuit’s most sought-afterperformers. Featured on HBO, CBS, NBC, ABC, Comedy Central,Howard Stern and E! Entertainment, MODI is a regular performer at New York and Los Angeles comedy clubs as well has having headlined around the country and across the globe. Called “The Next Jackie Mason” by The New York Times, Modi was born in Israel and moved to the United States at the age of seven. He has played himself on HBO’s Crashing and Netflix’s When Jews Were Funny. He has appeared in several feature films and played leading roles in Waiting for Woody Allenand Stand Up. In 2018, Mayor Bill De Blasio declared June 26th “Mordechi Modi Rosenfeld Day” in the city of New York for his accomplishments and contributions to the artistic community. Tickets are on sale now and are $52-$57 with $82 VIP tickets that include a post-show meet & greet photo opportunity with the artist.

The 2023 Stand-Up Comedy Series culminates with Cho’sfamily-friendly, clean and hilarious comedy on Thursday, March 23 at 8 p.m. Heard daily on Sirius XM Blue Collar Radio and Pandora, Cho is a regular performer at the Grand Ole Opry and his one hour Comedy Central Special, What’s That Clickin Noise?,is currently on Netflix. Cho was cocreator, coproducer and cowriter of The Henry Cho Show on GAC in addition to his two-year stint as host of NBC’s Friday Night Videos. His many other television appearances include numerous sitcoms, NBC’s The Tonight Show,CBS’s The Late, Late, Show and NBC’s Young ComediansSpecial. The evening begins with a performance by singer-songwriter Vanessa Le Grand.Tickets are $52-$57.