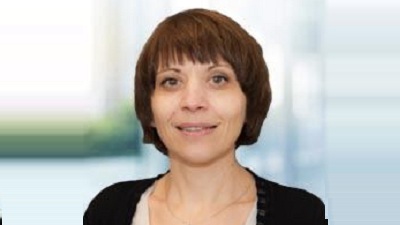 “Dr. Ignatova’s work has profoundly impacted our understanding of the structure and function of transfer RNAs (tRNAs) and the mechanism by which tRNAs participate in the translation of mRNAs into proteins,” said Tevard co-founder Harvey Lodish, Ph.D., who chairs the company’s SAB and sits on its board of directors.

“I am very excited to work with Dr. Ignatova to further the development of our Suppressor tRNA and Enhancer tRNA platforms and create novel tRNA-based treatments for a wide range of inherited diseases,” said Tevard Chief Scientific Officer Gopi Shanker, Ph.D.

Dr. Ignatova has made fundamental discoveries about how tRNAs can speed or slow the intricate process of mRNA translation, how that in turn influences the folding and function of proteins, and how altering the process can lead to disease. Recent discoveries from her lab implicate tRNAs as underlying entities in several pathologies. Dr. Ignatova and her team are now working on ways to structurally repurpose tRNAs to correct inherited mutations, including nonsense mutations, which prematurely stop the cell’s protein production machinery in numerous serious diseases.

“I’m fascinated by the many ways that tRNAs influence the vital process of making new proteins,” said Dr. Ignatova. “Tevard shares my belief that tRNAs can be leveraged to create a potent new class of therapeutics for diseases that profoundly affect people’s lives and I’m thrilled to join their efforts to do just that.”

Dr. Ignatova is a professor of RNA Biology and Managing director of the Institute of Biochemistry and Molecular Biology at the University of Hamburg (UHH), Germany. She established her independent research group at the Max-Planck-Institute of Biochemistry in Munich, Germany, in 2005 and, after an appointment (2008-2014) at the University of Potsdam as an associated professor, took the chair in RNA Biology at UHH in 2015. She is a recipient of numerous awards for her research and teaching, a member of the German Society for Cell Biology and German Society for Biochemistry and Molecular Biology, and a member-at-large of the American Biophysical Society.

Tevard Biosciences is pioneering mRNA-modulating therapies to cure a broad range of genetic diseases. The privately held biotechnology company was founded by MIT Professor and Whitehead Institute Founding Member Harvey Lodish, with life science entrepreneurs and executives Daniel Fischer and Warren Lammert, fathers of children with rare genetic diseases, and scientific co-founder Jeff Coller, a Bloomberg Distinguished Professor in the Department of Molecular Biology and Genetics at the Johns Hopkins University School of Medicine. Tevard is exploring the use of its novel Suppressor tRNA, Enhancer tRNA, and mRNA Amplifier platforms in neurological disorders, heart disease, and muscular dystrophies; the company has partnered with Zogenix to develop therapies for Dravet syndrome and other genetic epilepsies. For more information, please visit tevard.com.