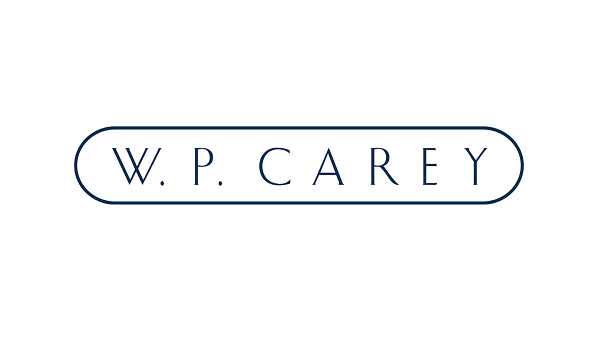 “We continue to perform well on a number of fronts, with same store rent growth reaching a new high and increased expectations for the investment volume we can achieve this year,” said Jason Fox, Chief Executive Officer of W. P. Carey. “And the outperformance of our stock has enabled us to enter into additional equity forwards at prices that partly offset the impact of higher interest rates on our investment spreads.

“With ample liquidity and cap rates moving higher, we’re confident in our ability to continue successfully navigating a dynamic market backdrop during the latter half of the year. We’re also on track to close our merger with CPA:18 on August 1, and expect to be to the high end of our original accretion estimates — which, along with our performance year to date, is reflected in our raised full-year AFFO guidance.

“Lastly, amid an uncertain economic outlook, we believe we remain uniquely positioned within net lease, given the inflation protection inherent in our portfolio and the proven stability of its cash flows.”

Note: Starting with the 2021 fourth quarter, income from direct financing leases and loans receivable are presented on a separate line item on the consolidated statements of income (for both current and prior year periods). Prior to the 2021 fourth quarter, the Company presented income from direct financing leases within lease revenues and income from loans receivable within lease termination income and other.

Note: Further information concerning AFFO and Real Estate AFFO, which are both non-GAAP supplemental performance metrics, is presented in the accompanying tables and related notes.

(i)   investments for the Company’s Real Estate portfolio of between $1.75 billion and $2.25 billion, which has been revised higher;

(ii)  dispositions from the Company’s Real Estate portfolio of between $250 million and $350 million, which is unchanged;

(iii)  total general and administrative expenses of between $88 million and $91 million, which has been revised higher; and

(iv)  includes the expected impact of the Company’s proposed merger with CPA:18

Note: The Company does not provide guidance on net income. The Company only provides guidance on total AFFO (and Real Estate AFFO) and does not provide a reconciliation of this forward-looking non-GAAP guidance to net income due to the inherent difficulty in quantifying certain items necessary to provide such reconciliation as a result of their unknown effect, timing and potential significance. Examples of such items include impairments of assets, gains and losses from sales of assets, and depreciation and amortization from new acquisitions.

The Company has provided supplemental unaudited financial and operating information regarding the 2022 second quarter and certain prior quarters, including a description of non-GAAP financial measures and reconciliations to GAAP measures, in a Current Report on Form 8-K filed with the Securities and Exchange Commission (SEC) on July 29, 2022, and made available on the Company’s website at ir.wpcarey.com/investor-relations.

W. P. Carey ranks among the largest net lease REITs with an enterprise value of approximately $23 billion and a diversified portfolio of operationally critical commercial real estate that includes 1,357 net lease properties covering approximately 161 million square feet as of June 30, 2022. For nearly five decades, the company has invested in high-quality single-tenant industrial, warehouse, office, retail and self-storage properties subject to long-term net leases with built-in rent escalators. Its portfolio is located primarily in the U.S. and Northern and Western Europe and is well-diversified by tenant, property type, geographic location and tenant industry.  www.wpcarey.com