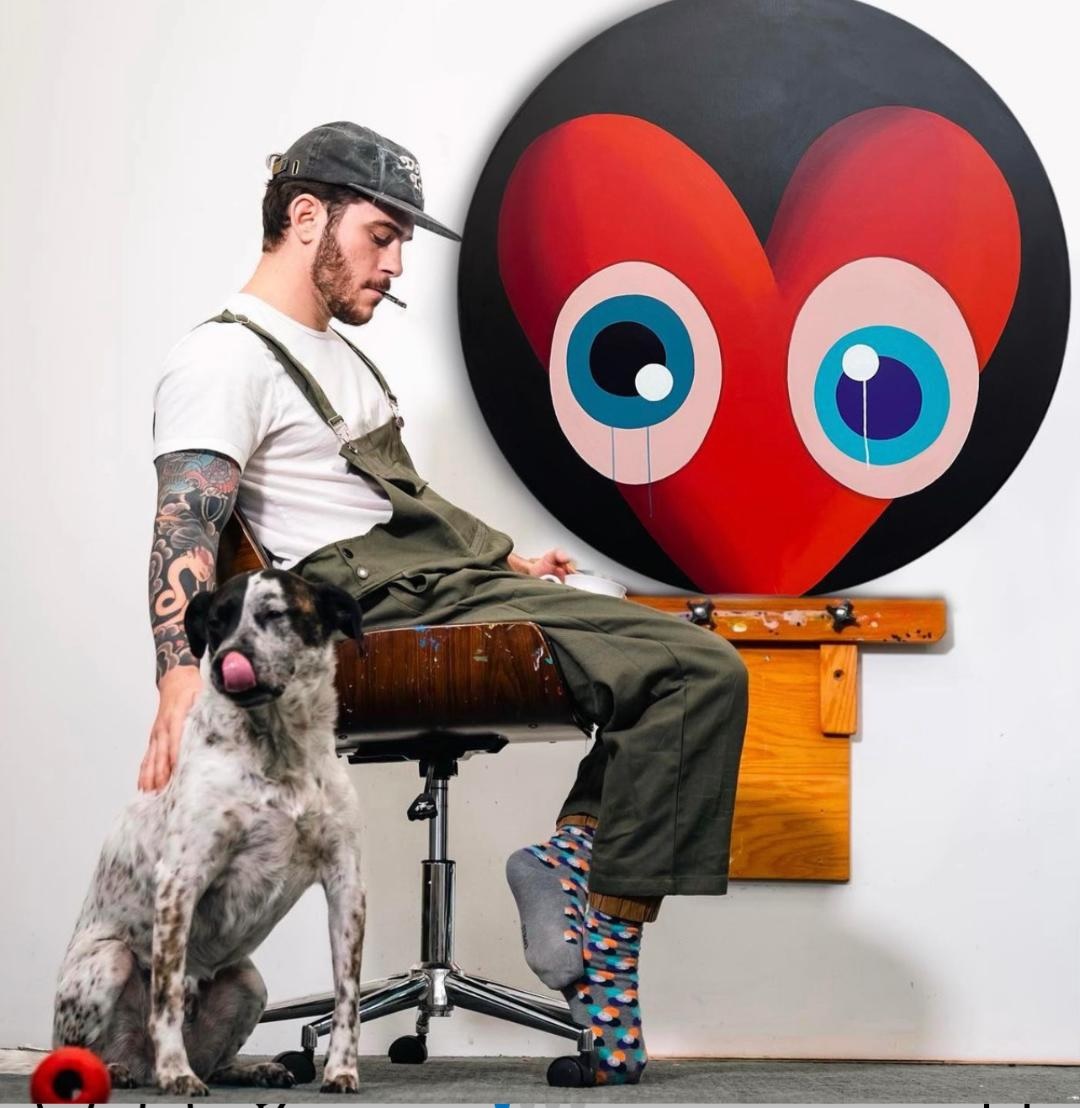 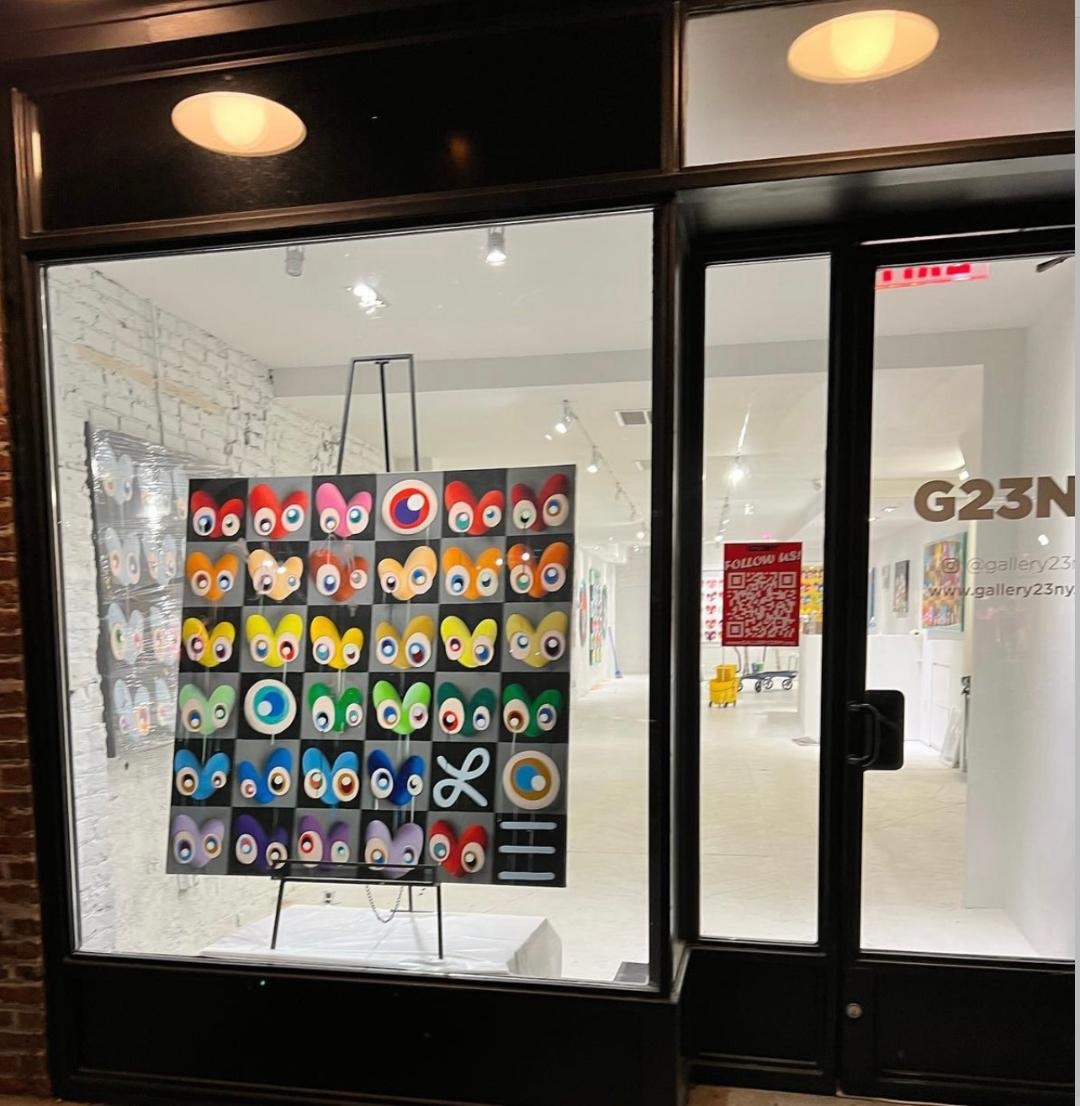 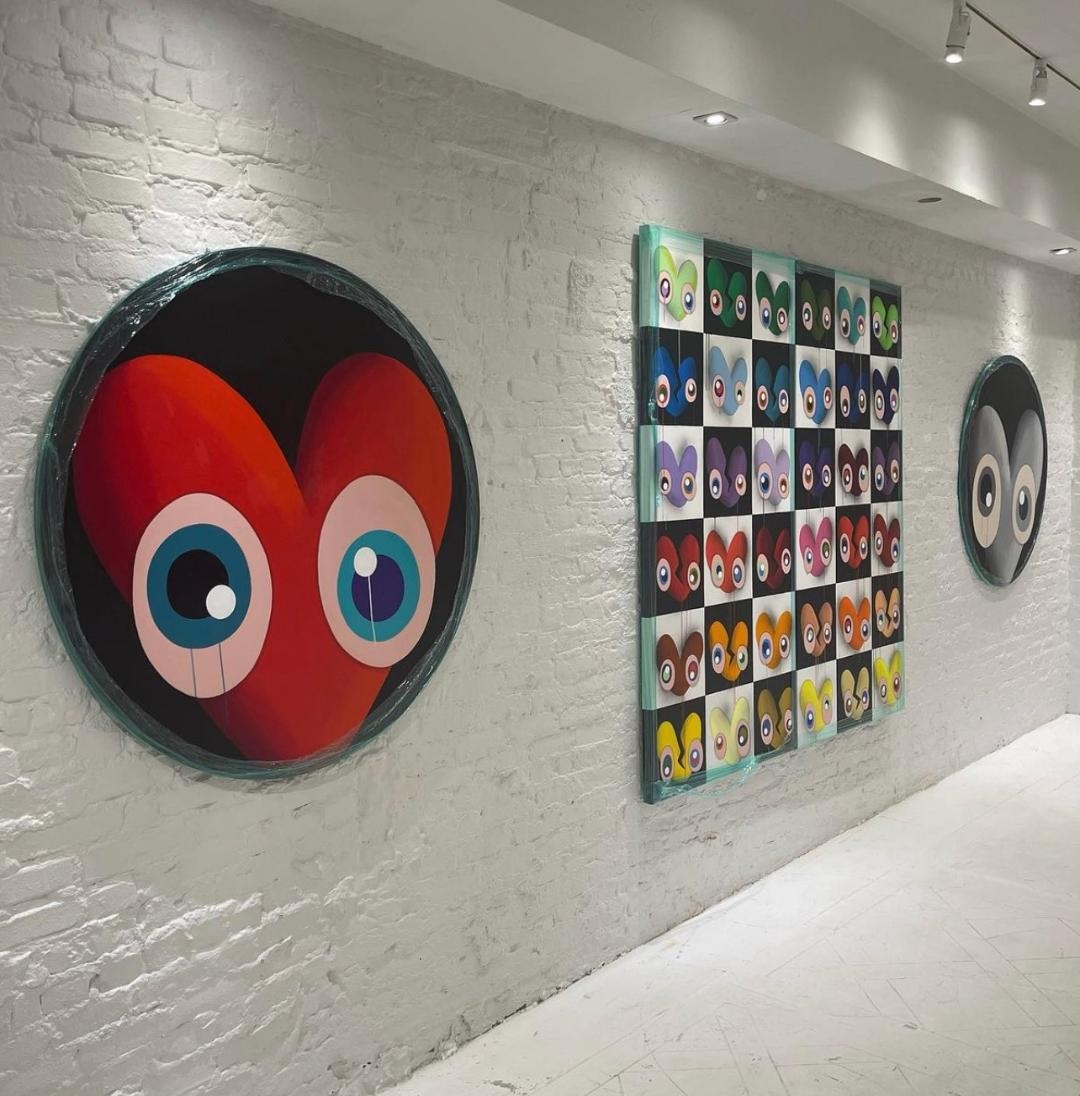 Westbay, who is intrinsically known for his artistic application of the word ‘Love’ will also be debuting a partnership streetwear collection titled ‘LOVE & WAR’ in collaboration with John Scafiddi, owner, and creative director of the brand At War. The duo has created a passion line that speaks to the urban realism gap, infusing color with culture; creativity with pride and overall, a passion for the pieces they create. 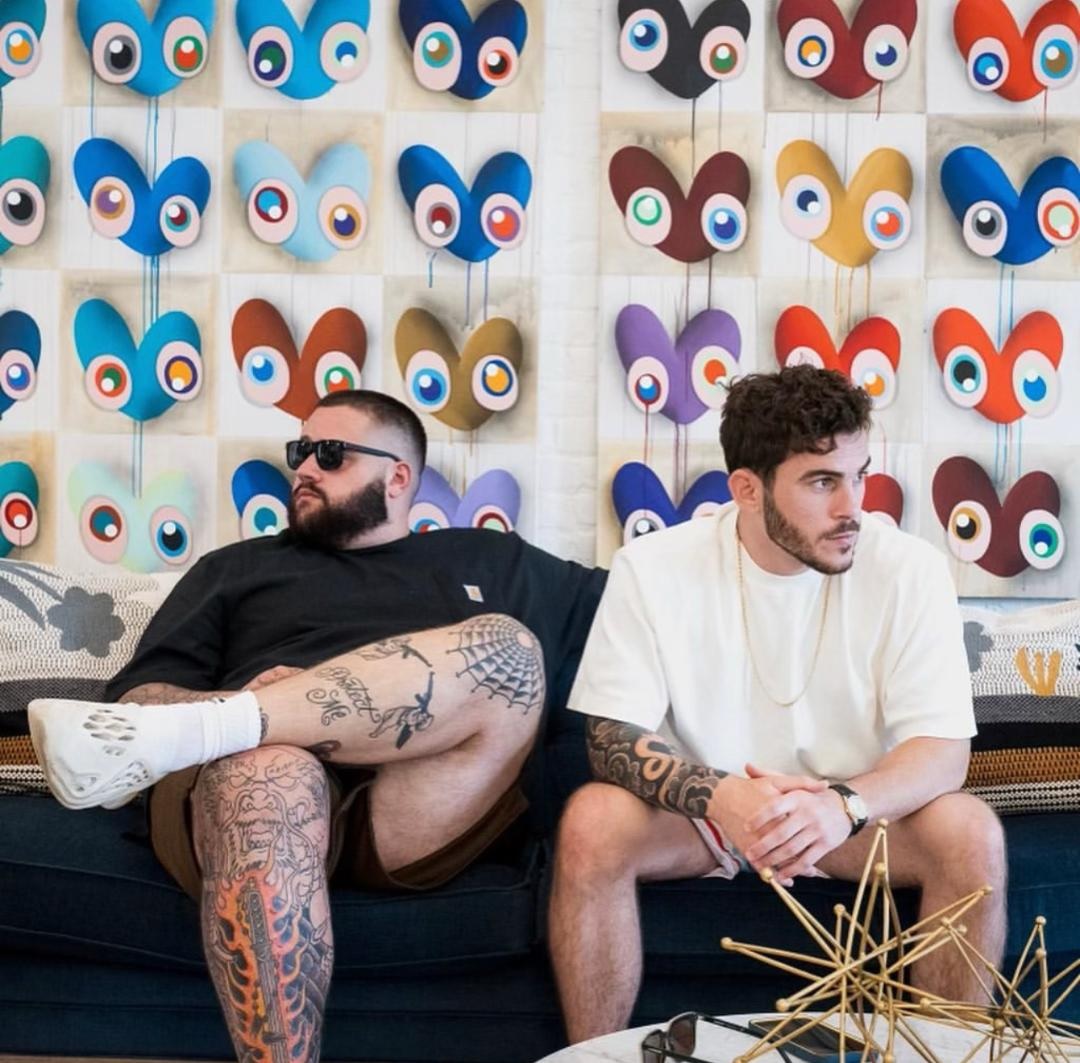 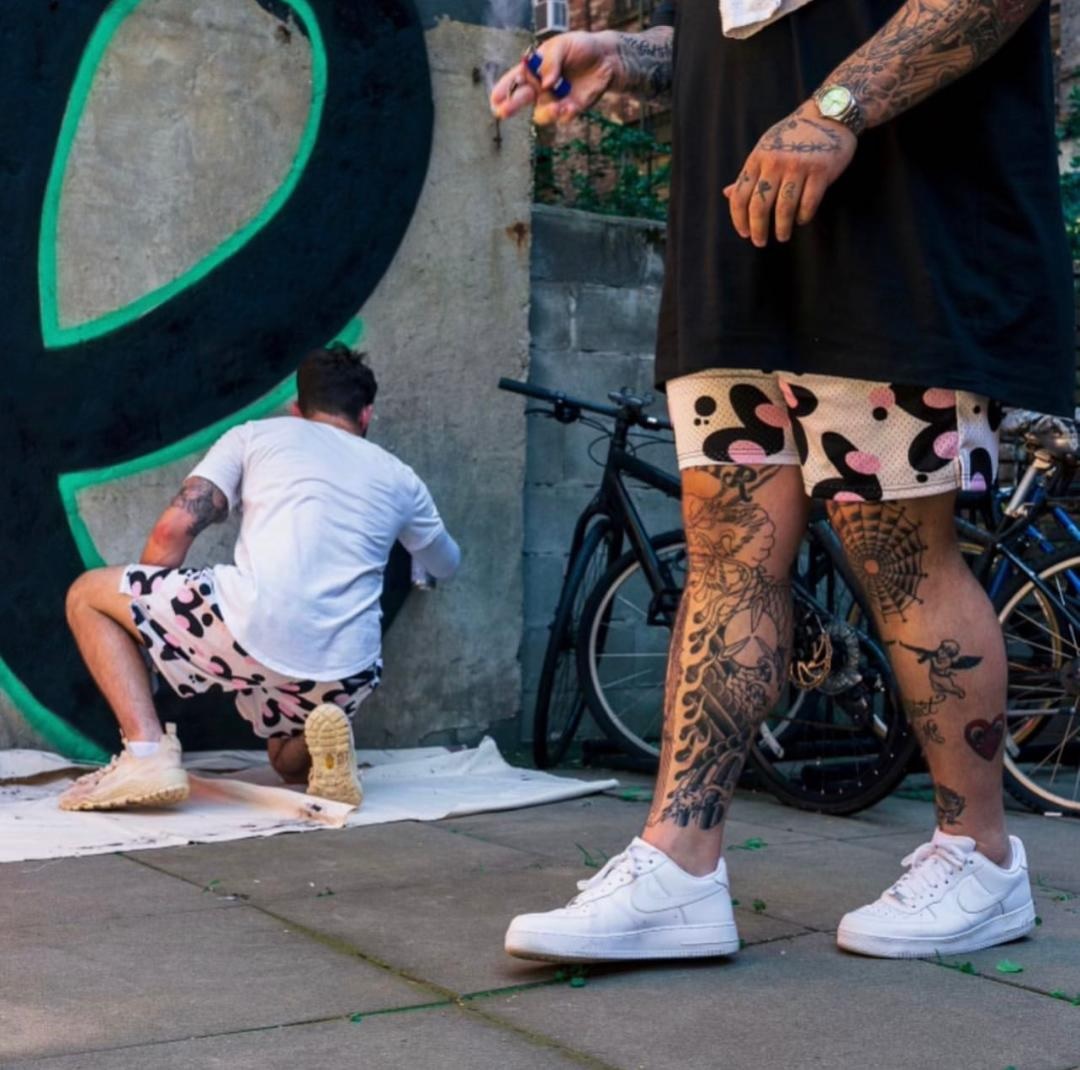 Together, they launch with an opening reception set to feature include music by DJ Nick Russo, tattoo artistry by John Lemon from Bound for Glory and Zack Bryson from Historic Custom Tattoo, and a drink partnership with Evil Twin Brewing Company featuring Love Potion #9.

The show will run until August 11, with normal gallery viewing hours. 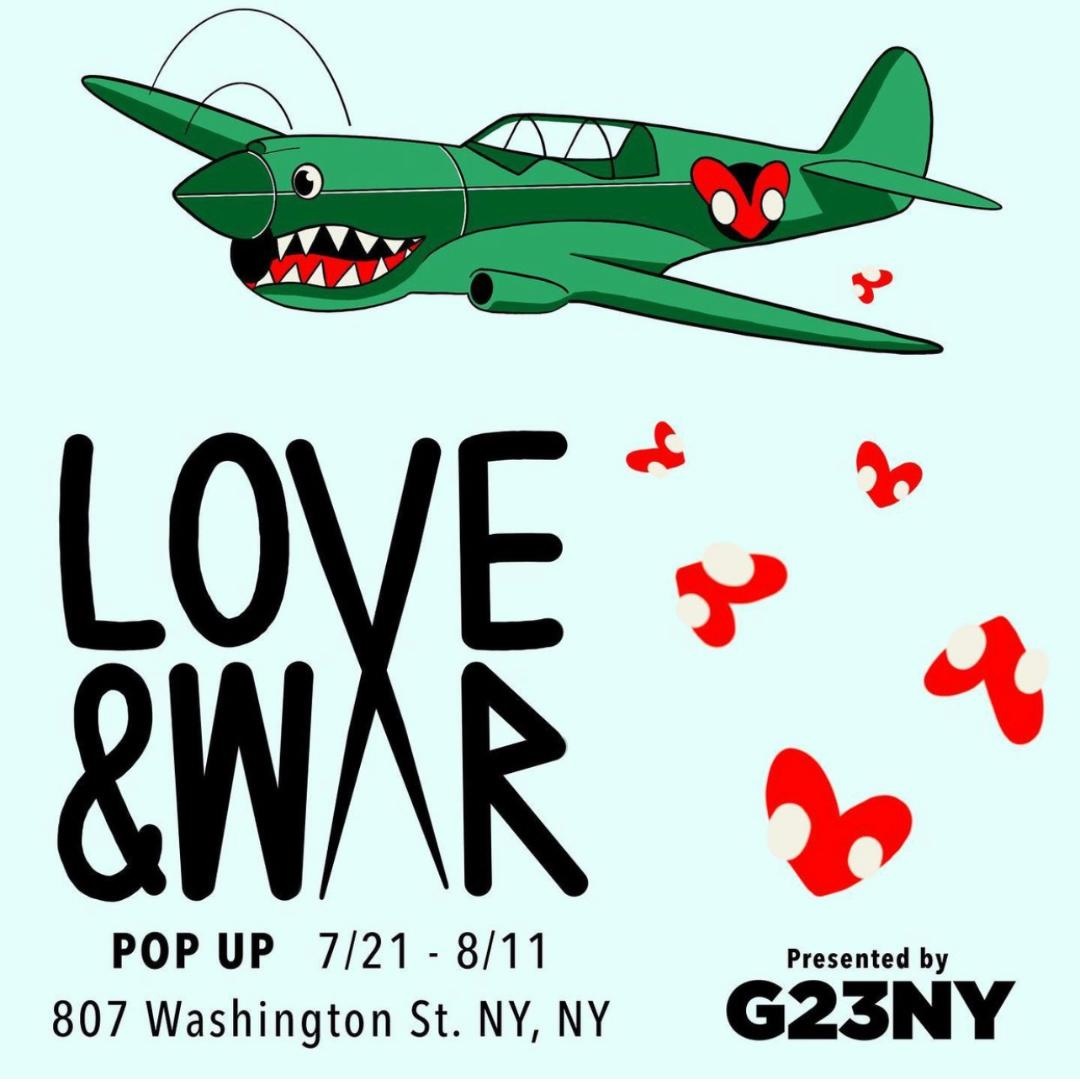 More information about the exhibit and partnership can be found at: http://www.withlovebywest.com

For all press inquiries and Interview requests please contact press@mjsgroupe.com

John Westbay is a contemporary artist, born and raised in Brooklyn, New York. During his early days of experimentation and expression, he discovered his initial outlet and built a name for himself as an emerging street artist by gaining attention and praise from the media and locals alike. His message was clear, and widely accepted by the public through its ubiquitous nature— that all-encompassing thing we call LOVE.

Throughout his artistic exploration, he found enjoyment with various mediums, making his talent difficult to be categorized or labeled as ‘industry specific.’ Painter, print maker, street artist, designer, and tattoo artist are all titles that could be used to describe his creative output. While he still currently is a top commissioned muralist, with featured worked across the five New York boroughs and even beyond, Westbay now works mainly with acrylic paint on large-format canvases, pouring his energy into many diverse artist series and personal projects.

Yet, his ability to artistically interoperate never detracts from his consistency, letting the outward medium fit his abilities. The message that holds his work together at the core, ties all regardless of the medium or project, is a steady New York City playfulness guided by his universal statement of LOVE.

Artist and designer, John Scafiddi Jr. finds himself to have the ability to transform dark into light. As owner and founder of streetwear label At War, he had created ready-to-wear that embodies the cultural spirit of his home (New York City) and all its diversity, however styled with the attitude and personality of LA.

Following the creation of Sacfiddi Studios, his cutting reputation was set as a tastemaker, always bringing a personal flair for style to each of his multidimensional projects. Follow his working history in the creative and design space, Sacfiddi was able to express his vision authentically and meaningfully, through wearable mediums. Sacfiddi created his brand as a creative outlet to bridge the gap following a career turn where he manifested an emotional rollercoaster into purposeful design.

John’s mantra is, “We are all AT WAR with something,” and that these personal battles can be channeled into positive action. For John, pain is something that doesn’t go away, but can be tapped and put to good use.