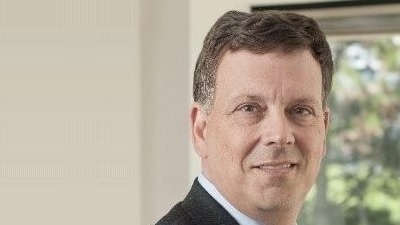 NRx Pharmaceuticals, Inc. (Nasdaq: NRXP), a clinical-stage biopharmaceutical company, today announced the appointment of Stephen Willard, as its Chief Executive Officer and a member of the Company’s Board of Directors. The Company’s interim CEO, Robert Besthof, will continue to support the Company and return to his roles as Head of Operations and Chief Commercial Officer.

“We are delighted to have attracted a candidate like Steve whose background and experience align with NRx Pharmaceuticals’ current needs. Steve’s passion to provide breakthrough therapies to address critical unmet needs positions the Company for success,” said Patrick Flynn, a member of the Company’s Board of Directors. “We look forward to Steve’s leadership of the Company in the next stages of growth to benefit patients, our shareholders, and the broader NRx team.”

Mr. Willard brings a wealth of experience in the management of publicly traded biotechnology companies, together with his background in law and finance. Most recently, Mr. Willard served as CEO of Cellphire Therapeutics, where he grew the company and shepherded their revolutionary human platelet platform through key clinical trials, growing the company and significantly increasing the share price.  Prior to Cellphire, he served as CEO of publicly traded Flamel Technologies now known as Avadel Pharmaceuticals.

Mr. Willard is currently serving a six-year term from 2018-2024 as a presidential appointee to the National Science Board.

Mr. Willard’s career in financial services includes government service as Associate Director of the Federal Deposit Insurance Corporation (FDIC), where he served in the United States Senior Executive Service (SES) from 1991-1994, and on the board of E*Trade Financial Services from 2000-2014. He has practiced law in New York, London, and Washington, D.C. Mr. Willard earned his undergraduate degree from Williams College and attended Yale University where he earned a JD in law.

“I am honored to have been chosen by the NRx Pharmaceuticals Board to lead the Company as it conducts its trials for NRX-101 in the treatment of Suicidal Bipolar Depression and continues to develop its pipeline of drugs for depression, PTSD, and other potential neuroscience indications based on more than 90 issued and pending patents worldwide,” said Willard. “The NRx Pharmaceuticals team has built an extraordinary scientific, patent, and regulatory foundation.  I look forward to leading the Company, working with Robert and the NRx Pharmaceuticals leadership in its quest to bring NRX-101, a potentially life-saving medicine, to patients.”

The Board of NRx Pharmaceuticals thanks Mr. Besthof for having assumed the additional responsibilities as interim CEO during this transition period.

Up to 50% of individuals with Bipolar Disorder attempt suicide over their lifetime, and estimates indicate that up to 20% may succumb to suicide. The only FDA-approved treatment for patients with bipolar depression and acute suicidal ideation and behavior (ASIB) remains electroconvulsive therapy (ECT).  Conventional antidepressants can increase the risk of suicide in certain patients, hence their labels contain a warning to that effect. NRX-101 is a patented fixed dose combination of D-cycloserine and Lurasidone, neither of which has shown addiction potential. Based on the results of a Phase II study, NRX-101 received Breakthrough Therapy designation (BTD) from the FDA for the Treatment of Severe Bipolar Depression in Patients with ASIB after initial stabilization with ketamine or other effective therapy.

NRX-101 is one of the first oral antidepressants currently in late stage clinical studies targeting the NMDA-receptor in the brain, which represents potentially a key new mechanism to treat depression with and without suicidality, PTSD and other indications. To date, NRX-101 is the only oral NMDA investigational medicine focused on bipolar depression in patients with acute and sub-acute suicidality.

In the coming year, the Company aims to complete the FDA registration trials for NRX-101 under a Special Protocol Agreement (SPA) awarded by the FDA.