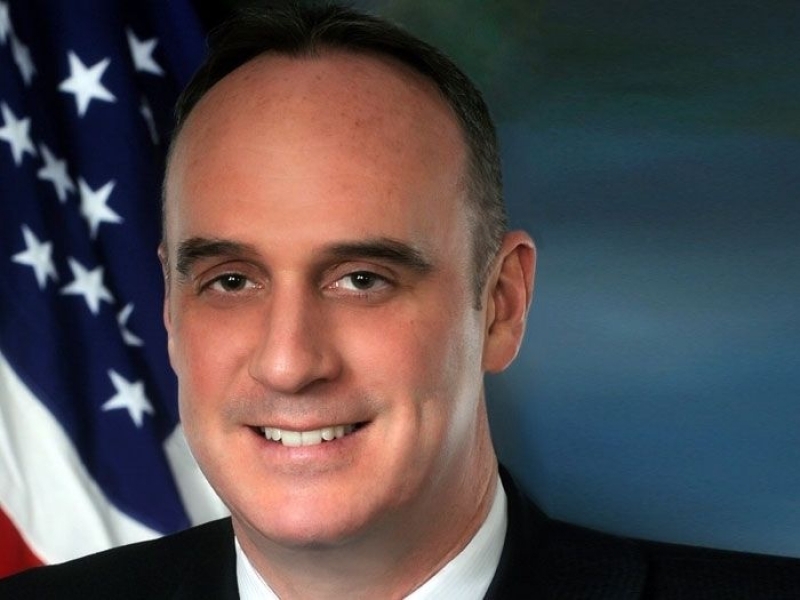 On June 9, 2020, Maryland Governor Larry Hogan announced the appointment of William P. Doyle, Chief Executive Officer of the Dredging Contractors of America, (DCA) as the new Head of the Maryland Port Administration and Executive Director of the Port of Baltimore. Mr. Doyle agreed to an exclusive interview with DredgeWire during his last week on the job with the DCA.

Can you speak about the new-build program the U.S. dredging industry is undergoing? It’s really unprecedented, isn’t it?

What can I say? These American dredging companies are spending billions putting sweat equity and their balance sheets on the line. They mean business. I am going to list just some of what has been occurring over the past couple of years.

June 2020: Mike Hooks, LLC of Westlake, Louisiana announced it will be building a new state-of-the-art cutter suction dredge. Mobile Pulley Works (MPW) a Jones Act shipyard in Mobile, Alabama, has been awarded Hooks’ contract including the design and construction of the 27-inch cutter suction dredge.

• In April 2020: Callan’s General MacArthur Idler Barge was completed, built in Sterling Shipyard in Port Neches, Texas and outfitted with a spud-carriage at Mobile Pulley.

April 2020: Weeks Marine and Eastern Shipbuilding Group (Eastern) announced they have signed a contract to construct a sister ship to Weeks Marine’s TSHD MAGDALEN, the twin screw trailing suction hopper dredge built by Eastern and placed into service in 2018. The new vessel will be constructed at Eastern’s Allanton Panama City, Florida facility. The contract to construct the new ship was signed on April 16, 2020.

DredgeWire: WOW, that’s more than impressive. Quite a list. You focused on the national and economic benefits provided by the American Dredging Industry to the United States—can you explain?

It was important for me and our member dredging companies to raise the profile of the domestic Jones Act dredging industry. We were often overlooked, and we have a great story to tell. So we pushed the national and economic security theme to the forefront.

Strategic ports are U.S. ports that are designated by the Department of Defense (DoD) to support major force deployments during national defense emergencies. These ports include naval bases such as Norfolk Naval Station in Virginia as well as ammunition supply ports such as the Military Ocean Terminal at Sunny Point, North Carolina, the Concord Naval Weapons Station in California, and the Naval Magazine Indian Island in Port Hadlock, Washington.

The Strategic Seaport Program (SSP) is supposed to ensure that America has the seaport capacity necessary to effectively handle any contingency affecting national security. It provides America’s armed forces with a reserve seaport capacity to handle any sudden, large increases in the need to move military assets during a national emergency or surge deployment. DoD accomplishes this goal by identifying and selecting seaports, whether military or commercial, that best fit the nation’s long-term needs and then readying these seaports if they need to be utilized.

Earlier this year CSBA released a study titled Strengthening the US Defense Maritime Industrial Base: A Plan to Improve Maritime Industry’s Contribution to National Security, which emphasized the importance of the Jones Act as an integral part of America’s defense maritime industrial base and stressed that it should be maintained.

“A domestic dredging industry prevents the United States from depending on foreign companies to dredge its dozens of naval facilities, potentially opening up opportunities for sabotage or the depositing of underwater surveillance equipment,” the CSBA study said.

Further, the study emphasized the role that American dredgers and salvage operators play in “maintaining waterways and shipping lanes,” particularly the “more than 400 ports and 25,000 miles (40,000kms) of navigation channels throughout the United States,” all of which are crucial to national security.

Thank you for your time today Bill. We have certainly enjoyed following you and the U.S. dredging industry over the past couple years. Anything else you would like to add?

Thank you, Peter. I would like to give a huge thanks to my Vice President Michael Gerhardt. We worked very well together. I know, I could not have done my job as effectively without Michael’s help. He’s always there, on the job and prepared.

And we appreciate how DredgeWire has become a fresh, active, and timely voice for all parties interested in dredging.