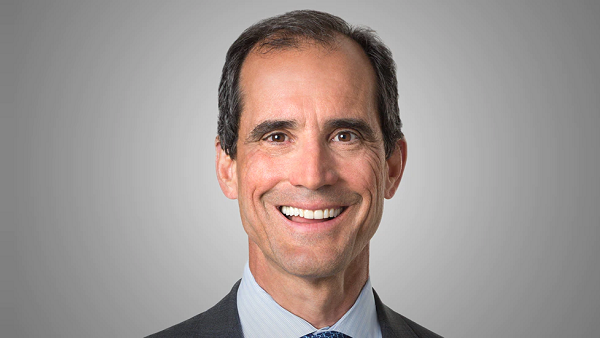 Brown Advisory traces its roots to the first investment bank in the United States, Alex.Brown& Sons, founded in Baltimore in 1800. It was initially formed as a unit of Alex.Brown and aimed to provide investment guidance to high-end clients. Brown Advisory functioned as a unit of Bankers Trust, which acquired Alex.Brown in 1997. But just before Deutsche Bank acquired Alex.Brown from Bankers Trust, a few employees including current CEO Michael D. Hankin — aided by some external investors — broke away to form a separate investment firm with the goal of being “an independent, employee-owned firm to pursue our mission to provide clients first-class performance, strategic advice and the highest level of service.”

As it nears a landmark 30 years, Hankin continues to lead the firm, with an eye not just on numbers — as he stressed in a TED talk — but also as a responsible CEO who speaks up on varied social, environmental and local issues, including sustainable investing, gender and race equality, sexual harassment, and, yes, making Baltimore harbour swimmable again— a goal he missed in 2020, but has since promised a celebratory swim “as soon as we get through the pandemic.”

Brown’s business, Hankin once said, is “complex,” and is organized by “category of client.” This gives the firm the ability to tailor investment products for families, trusts and institutions, besides serving high-net worth individuals. Increasingly, it also looks overseas. Brown today operates in 42 countries and territories, and now has offices in London, Singapore and Frankfurt, which opened this February.

Resonating with its tag line, “Thoughtful Investing,” Brown commits to a “disciplined, bottom-up fundamental research” to drive results. It also relies on “low turnover investors with an average 7-8 year holding period.” Nearlyhalf the investments in its Global Leaders fund, for example, “have been with us since day one,” Brown said in an annual investment letter for 2022.

“We believe that giving our high RoIC [return on invested capital] compounders the opportunity to reinvest into their business will deliver value handsomely…over the long run,” it added.

Under the weight of a 40-year high inflation rate, the traditional 60-40 equities-bond portfolio has had its worst start since the 1930s, Brown Advisory noted in a podcast providing outlook for 2022. In this post-pandemic environment, bonds have failed to provide the traditional hedge, and equity markets — widely seen as a hedge to inflation — have failed, too. This means the markets have had to find ways to make “peace with this regime,” posing significant challenges to investment advisors such as Brown.

As most indices dip into — or near — bear market territory, Brown Advisory has laid out a base case scenario that suggests the worst might be over. “Elevated inflation slowly begins to moderate, allowing policymakers to be patient in tightening policy. Interest rates, including credit spreads, are range-bound at low/benign levels,” Brown said in its recent report titled, 2022 Asset Allocation: Perspectives/Outlook.

To augment returns, Brown is betting on private markets, rather than public ones. “We believe investors will increasingly need to trade ‘simplicity’ and liquidity for ‘complexity’ and liquidity via alternative asset classes, such as hedge funds and private markets, to generate a similar level of returns,” the firm said in its outlook. “This dynamic has led us to increase our allocations to private equity, private credit and real estate, which we believe offer potentially higher returns in addition to higher alpha opportunity via manager selection.”

During the recent, and ongoing, downturn, Brown says it has faced a a number of questions about China, including the provocative one: “Is China invest able?”

“While the unpredictable government influence in private enterprise warrants a valuation discount, China is impossible to ignore,” Brown asserted, citing China’s impeding coronation, as early as the next decade, as the largest economy in the world. China is also “home to some world- class entrepreneurs and companies as well as deep, liquid markets.”

“More broadly, emerging Asia’s long-term attractiveness still exists, with higher economic growth, lower levels of debt and increasing numbers of high-quality companies,” Brown said. “Valuations continue to reflect the higher risks of the region and compensate us with higher prospective returns. However, we must be patient.”

Not enough to wade through numbers

Besides his work, Hankin has committed to a variety of local and community initiatives, social justice and sustainable living. He actually lives in a farm on the outskirts of Baltimore, commuting to Brown Advisory’s office at Bond Street Wharf. He is associated with the Baltimore Healthy Harbor Project, Johns Hopkins University,Greater Baltimore Committee, Business Executives for National Security, Center for Large Landscape Conservation, Nature Sacred, National Park Foundation and Up Surge, an initiative to help Baltimore build high-impact startups.

Hankin’s profile fits in with his philosophy that it is no longer enough to be a CEO with just numbers in mind. In a TED Talk, he stepped out of his comfort zone — by his own admission — to talk about how a 2017 white supremacist killing in Charlottesville, Va., affected him.

It was “so sensitive, so politically charged, it was time for me to speak up. It wasn’t hard to put words to paper, but I wanted to get it right…(and) encourage others to speak up,” he said, after publishing a blog post on the racially motivated incident. But just as he received kudos for his blog post, at the end of the week, a younger colleague came up to Hankin and said: “I liked what you wrote, but why did it take you so long?” “I was stunned. I knew he was right,” Hankin said in the TED Talk.

Brown has since stepped up its diversity programs.In 2020, it named David Hodnett, a client advisor, to the new position of director of Diversity, Equity and Inclusion. Last year, it named NBA Hall of Famer David Robinsonto its board. Robinson, who represented San Antonio Spurs in the 1990s, is also the cofounder of an investment firm called Admiral Capital and founder of San Antonio-based charter school Carver Academy.Earlier this year, Brown participated in a$10.5 million venture fund, called Visible Hands, dedicated to helping Blacks and women entrepreneurs in the Boston area.

On the business side, Brown Advisory has maintained its approach of regional acquisitions to grow its business and reach across the United States, besides opening offices of its own.

Perhaps its most significant acquisition has been that of NextGen Venture Partners in 2018, marking its strongest push yet into venture finance. NextGen, founded by veterans Dan Mindus and Brett Gibson, is based in Washington, D.C. and has a national network of over 900 entrepreneurs and investors.At the outset of the coronavirus pandemic, Brown Advisory also launched B.Innovative, a collaborative workspace program for startups and investors. B.Innovative has offices in Baltimore as well as Austin, TX.