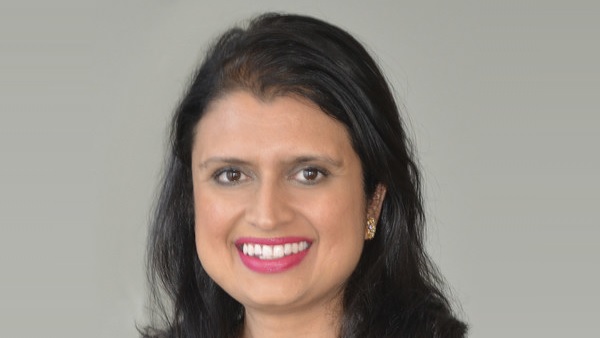 “These moves enhance the leadership of our Law Division, strengthen our ability to deliver long-term shareholder value, and demonstrate our deep bench of executive talent,” said President and CEO Alan Shaw.

Nabanita Nag joined Norfolk Southern in August 2020 as General Counsel Corporate. She was elevated to Senior Vice President & Chief Legal Officer in March 2022. In her new role, Nag will oversee Law, Government Relations, and Audit & Compliance, as well as the Corporate Secretary’s office.

“Nabanita is a strategic thinker and collaborative leader who has made an immediate impact on our company,” Shaw said. “By bringing our Law, Government Relations, and Audit & Compliance teams together under Nabanita’s leadership, we strengthen alignment across these departments as we engage with stakeholders on issues of importance to our company and the nation’s economy.”

Prior to joining Norfolk Southern, Nag served as Vice President & Corporate Counsel in the Financial Management Law Group at Prudential Financial. Before that, she was Vice President & Associate General Counsel in the Finance & Corporate Legal Group at Goldman Sachs and associate attorney with Shearman & Sterling. She is a graduate of New York University School of Law and holds Bachelor of Arts degrees in English and Government from Georgetown University.

“Jason is a skilled lawyer and effective leader who returns to the Law department with strong institutional knowledge and a broad range of experiences at Norfolk Southern,” Shaw said. “His experience in Labor Relations will be especially valuable in his new role.”

Morris, a U.S. Air Force veteran, previously served as a legislative director in the U.S. House of Representatives and as a logistics readiness officer in the Virginia Air National Guard. He is a graduate of the U.S. Air Force Academy, the University of Virginia School of Law, and the Executive Development Program at the Kellogg School of Management at Northwestern University.

Wai Wong, currently Assistant Vice President Human Resources, joined Norfolk Southern in 2015 as Assistant General Solicitor, where he handled labor and employment law. He then progressed through a series of roles including Counsel, Technology and Strategic Communications, and Director Employee Experience.

“Wai’s legal background, coupled with his experience in Human Resources, position him well to lead our Labor Relations team,” said Executive Vice President & Chief Transformation Officer Annie Adams. “During his time in HR, Wai has focused on enhancing the employee experience and driving engagement – including important efforts to support our Operations Division and craft railroaders.”

Prior to joining Norfolk Southern, Wong was an associate attorney with Gibson, Dunn & Crutcher LLP. He graduated from the University of Virginia School of Law and received a Bachelor of Arts degree in economics from Princeton University.

All three of the appointments are effective July 1.

About Norfolk SouthernNorfolk Southern Corporation (NYSE: NSC) is one of the nation’s premier transportation companies, moving the goods and materials that drive the U.S. economy. Norfolk Southern connects customers to markets and communities to economic opportunity, with safe, reliable, and sustainable shipping solutions. The company’s service area includes 22 states and the District of Columbia, every major container port in the eastern United States, and a majority of the U.S. population and manufacturing base.