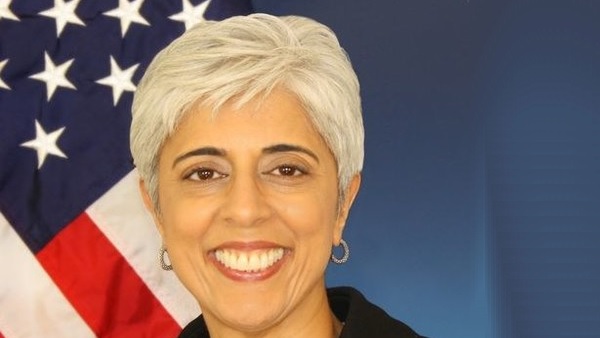 President Biden has just announced his nomination of Dr. Arati Prabhakar to serve as Director of the White House Office of Science and Technology Policy (OSTP). On behalf of our more than 150,000 U.S. IEEE members, IEEE-USA congratulates Dr. Prabhakar and strongly urges the U.S. Senate to confirm her nomination without delay.

Dr. Prabhakar is exceptionally qualified for this role. She is an electrical engineer, applied physicist, and highly respected IEEE Fellow. She previously led the Defense Advanced Research Projects Agency (DARPA) and the National Institute of Standards and Technology (NIST). She was unanimously confirmed to the latter role by the Senate, becoming the first woman to lead that agency in 1993. She’s also a veteran of Silicon Valley, having spent 15 years in the private sector as a company executive and venture capitalist.

“Dr. Prabhakar’s impeccable credentials and depth of leadership experience in the public and private sectors make her an outstanding choice to head the OSTP,” said Deborah M. Cooper, 2022 IEEE-USA President. “Her record of excellence and innovation will be an asset to the agency. IEEE-USA gives Dr. Prabhakar our firm endorsement.”

The position of Director of the OSTP is critically important in setting science and technology policy for the United States. IEEE-USA implores the Senate to confirm Dr. Prabhakar’s nomination as soon as possible.

IEEE-USA serves the public good and promotes the careers and public policy interests of over 150,000 engineering, computing and technology professionals who are U.S. members of IEEE, the world’s largest technical professional organization.