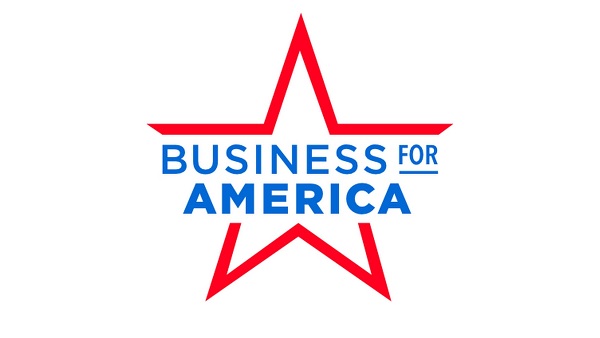 Business for America is mobilizing companies to sign a letter urging Congress to pass comprehensive bipartisan civics education legislation in 2022. The letter is open to the business community who will join a growing and diverse list of signatories including Allstate Insurance Company, American Sustainable Business Network, Aspen Skiing Company, Hannon Armstrong, Naturepedic, REI Co-op, Salesforce, and the San Francisco 49ers.

The letter was announced this week when a bipartisan group of senators led by Senators Cornyn (R-TX) and Coons (D-DE) reintroduced the landmark Civics Secures Democracy Act, which would authorize a historic investment to support K-12 civics and American history education. U.S. business leaders with diverse economic interests and a range of political views have a shared interest in improving the state of civics education in America’s K–12 schools.

Distrust in our democratic institutions and an erosion of civic norms are fueling polarization in our communities and workforces. Many school-age children lack an understanding of how the government works or the rights and responsibilities of being a citizen. This adversely impacts our future workforce. The interdependency of our market economy and constitutional democracy make political instability a particular threat to economic sustainability and prosperity, putting at risk our businesses and employees. The Civics Secures Democracy (CSD) Act is an important step towards addressing these challenges.

“We think that civic engagement is the oxygen of our democracy and free enterprise,” said Allstate’s Jerry Zimmerman, senior vice president of government and industry relations. “As people lose trust in our government, which goes hand-in-glove being uninformed about civics, they put more trust in corporations. They expect businesses to be more engaged to make our communities and country better. Allstate knows that a more educated public is good for our business and country.”

Gil Jenkins, vice president of corporate communications and public affairs at Hannon Armstrong added, “We urge swift passage of the bipartisan Civics Secures Democracy Act, which provides long-overdue resources for young people to become better-informed and active citizens. Robust civic education is vital for our democracy. We must invest in our kids, the next generation of leaders, so they are equipped to make decisions that improve society in the long run.”

Business for America’s founder Sarah Bonk said, “Continued neglect of civics education will further weaken both our democratic institutions and our economic competitiveness. An investment in civics education produces a more informed and engaged citizenry, which leads to a more educated workforce, greater market stability, and better economic outcomes.”

Richard Eidlin, BFA’s national policy director, added, “In these challenging times, we are heartened by the bipartisan support that the CSD Act has already secured as it makes its way through Congress.”