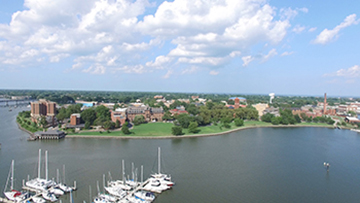 The awarded funds — precise amounts going to each institution were not disclosed — are part of a $35 million higher education initiative announced earlier in the month. In addition to the $25 million “HBCU Promise” program, Dominion will create a $10 million scholarship fund for African American students and other underrepresented minorities across its service territory.

Along with the four Virginia universities, seven HBCUs in North Carolina, Ohio and South Carolina will receive funding over the next six years, according to a news release. The funding will go toward four general areas: operating needs, urgent capital needs, endowment and scholarships. Some details are still being worked out.