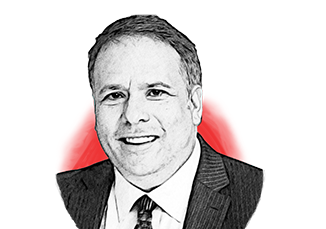 ​ApiJect Systems America, Inc., a public benefit corporation at the heart of the COVID-19 response, and its subsidiary, RAPID USA, announced today that Franco Negron has joined both organizations, as their new Chief Executive Officer (CEO). RAPID stands for “Rapid Aseptic Packaging of Injectable Drugs”. The dual appointments of Mr. Negron took effect on Monday, July 6.

Mr. Negron comes to his new role at ApiJect and RAPID USA after most recently serving as President of Commercial Operations of Thermo Fisher Scientific. He joined the company in 2017 when it acquired his previous employer, Patheon Pharmaceuticals, where he served as President of Development & Commercial, North America. Shortly after the acquisition he was named President of Commercial Operations for the newly formed Pharma Services Group. Mr. Negron’s experience in the pharmaceutical industry spans nearly 25 years, including serving as Vice President of Manufacturing and Supply at Valeant Pharmaceuticals, Global Vice President in Novartis’ Consumer Health Over-the-Counter and Pharmaceutical Products Division, and Site General Manager at McNeil Consumer Healthcare.

Mr. Negron succeeds ApiJect Systems America, Inc., and RAPID USA co-founder Jay Walker, who had been serving in the dual role of Chairman and CEO. Mr. Walker will continue to serve ApiJect and RAPID USA as Executive Chairman, with a full-time focus on corporate strategy, product development, and global alliances.

Mr. Walker continued: “Franco brings both inclusive leadership and creative energy to our team. His efforts will focus on our immediate and longer-term challenges as ApiJect moves quickly and effectively to meet our COVID-19 Operation Warp Speed commitment, as partners with the U.S. Government’s Department of Health and Human Services and the Department of Defense. Our mission for HHS and DOD begins with creating the manufacturing capacity for 100 million prefilled syringes by year’s end, to be ready to fill and finish vaccines and therapeutics as they become available. Longer term, over the next 18 months, our mission includes RAPID USA building the domestic capacity to manufacture billions of prefilled mono dose syringes to serve population-wide demand here in the U.S. and around the world.”

Mr. Negron commented: “Joining ApiJect and RAPID USA begins a new chapter for me after nearly three decades in pharmaceuticals and drug manufacturing – and more importantly, a new challenge. While we all wish the world didn’t have to face the COVID-19 pandemic, my new role offers an opportunity to work with a dedicated and all-star team of ‘visionary pragmatists’ who, under the leadership of Jay Walker, have joined together from many of the pharmaceutical industry’s best companies to create a new future for the filling and finishing of injectable medicines.”

Mr. Negron continued: “Throughout my career I have always believed in aggressive innovation. ApiJect’s use of Blow-Fill-Seal (BFS) technology to create the next generation of safe and low-cost injection systems means a new day is coming for global health and our mutual responsibility to our planet’s seven billion people. The BFS Prefilled Syringe is the innovative combination of two well-established, proven technologies. For the first time, our prefilled syringe marries BFS technology already used 50 billion times a year to aseptically package sterile liquids, biologicals and even oral vaccines with a pen-style needle hub, akin to the hubs used for countless insulin injections every year.”

Mr. Negron concluded: “I’m excited, and also humbled, by the opportunity to lead ApiJect and RAPID USA. As I see it, this is a chance to make a significant contribution both to our nation and the world as we take on the most difficult and consequential problem of our time.”

ApiJect Systems America, Inc., is a public benefit corporation dedicated to making injectable medicines safe and available for everyone. By building a network using high-speed, high-volume Blow-Fill-Seal medical grade plastics technology and an interlocking Needle Hub, ApiJect can supply hundreds of millions of ultra-low-cost prefilled syringes with optional RFID tags to enable GPS-based mobile tracking. ApiJect, along with the U.S. Department of Health and Human Services, is a founding member of the RAPID Consortium, a public-private partnership dedicated to giving the U.S. and the world the surge drug packaging capacity it needs for addressing future pandemics and bio-emergencies.

ApiJect participates in the Federal Government’s emergency program, Operation Warp Speed, through its $138 million contract to create a domestic-based capacity to supply 100 million Prefilled Syringes for COVID-19 by year’s end, as vaccines and therapeutics become available. It also is developing capacity sufficient to supply more than 500 million Prefilled Syringes to the federal government in 2021 in cooperation with its subsidiary, RAPID USA. Learn more about ApiJect at www.apiject.com.

RAPID USA, Inc., a subsidiary of ApiJect Systems America, Inc., is building and will manage the highspeed, high volume surge capacity for drug fill, finish and packaging that America needs to effectively respond to future pandemics and bio-emergencies. Starting in the second half of 2021, RAPID USA, with the support of its investors, will begin building out new U.S.-based BFS drug packaging lines that once completed in 2022, will provide the capacity to fill and finish up to 330 million prefilled syringes per month for the U.S. and the world. Learn more at www.rapidconsortium.com.