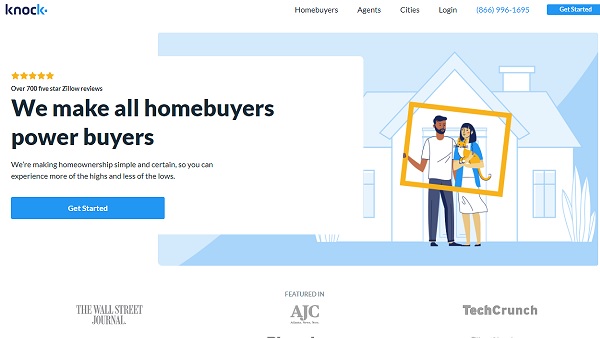 The round was led by Foundry Group with participation from Greycroft, RRE, First American Financial’s venture arm Parker89, Company Ventures, Second Century Ventures, M. Night Shyamalan and Kevin Ryan. In conjunction with the funding, Ian Sigalow, Co-Founder and Managing Partner of Greycroft, and David Garland, Managing Partner of Second Century Ventures, the venture capital arm of the National Association of Realtors, joined the board.

The company, which has now raised a total of $900m of debt and equity since its founding in 2015, intends to use the funds to accelerate growth and expand operations.

Led by Coo Sean Black, Knock provides homebuyers and their agents with financing solutions in a mobile app experience that empowers them to compete with cash buyers. With the Knock Home Swap, existing homeowners have access to the money needed to buy their new home before listing their old house. Knock GO™ enables first-time buyers and others who don’t have a home to sell to make an offer that’s competitive with cash by providing sellers with the certainty of a guaranteed, on-time closing.