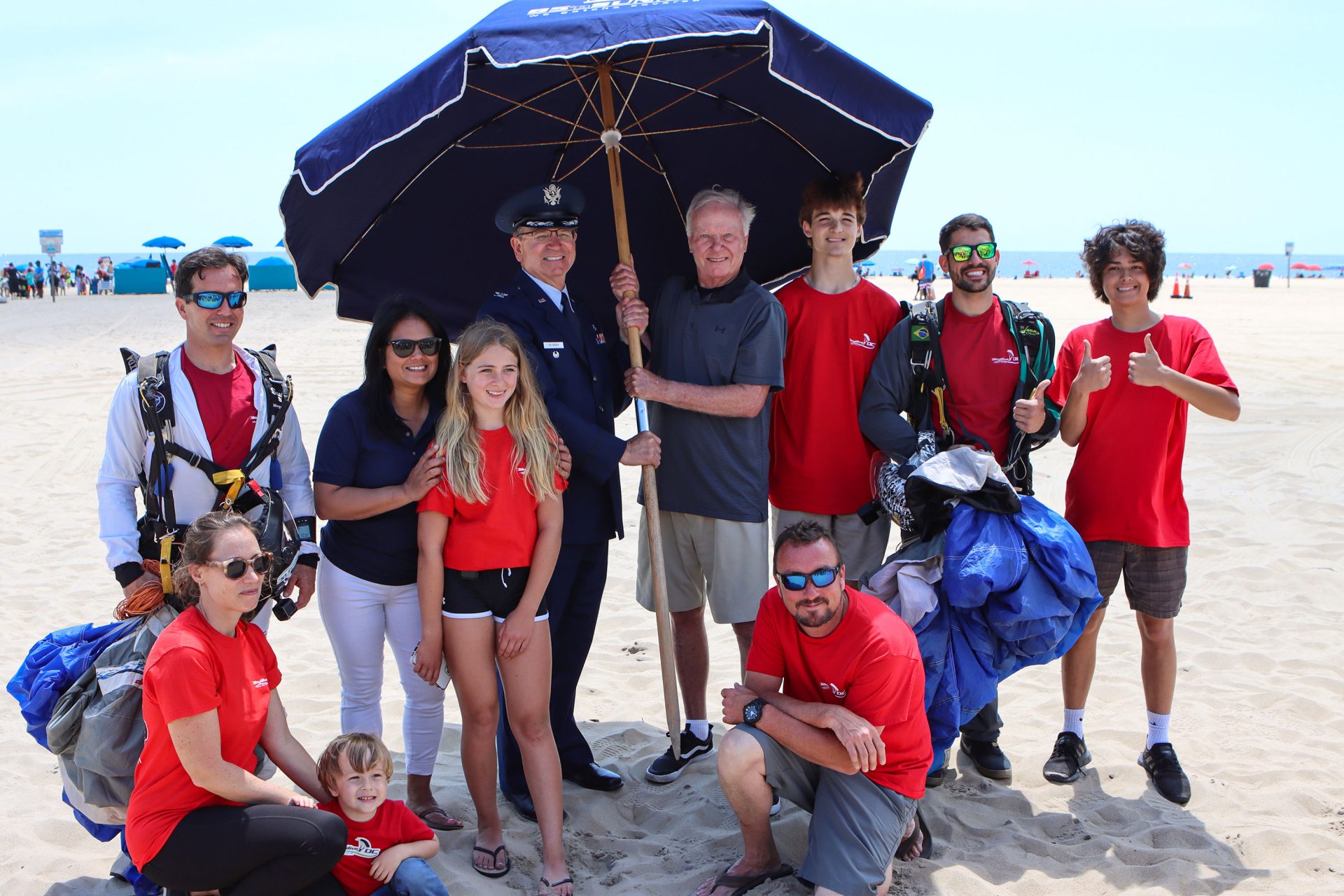 The Town of Ocean City held a ceremony to honor Memorial Day by remembering those who fought bravely for our country and to mark the official start of the 2022 summer season. This year, the event featured the addition of two skydivers from Skydive OC, who parachuted down from about 5,000 feet and delivered the American and Ocean City flags to the Ocean City Police Department honor guard. The flags were then officially raised at the Ocean City Firefighters Memorial on North Division Street and the boardwalk. The morning was punctuated by Ocean City Mayor Rick Meehan and others ceremonially opening a beach umbrella to “open” the summer season.

“Memorial Day is a time to honor and remember those who made the ultimate sacrifice,” said Mayor Rick Meehan. “It also has evolved into the unofficial start of the summer season. Today, we continue to celebrate that same tradition by planting the first umbrella to kick off the summer of 2022.”

Another element of today’s event featured more than 40 beach umbrellas arranged to spell out OC’s 2022 tagline “Enjoy,” when viewed from above.

The weekend of Memorial Day is well known as the traditional kickoff to the beach season. Mayor Meehan and the Town of Ocean City want visitors to know the beach is ready for the season and that they are welcome to leave their worries behind and just “Enjoy Summer.”

Located along Maryland’s coast in Worcester County, Ocean City (OC) stretches along 10 miles of beach from the Inlet to the Delaware state line. Awarded as one of TripAdvisor’s Top 10 Beaches and “One of America’s Cleanest, Greenest Beach Communities,” it claims three distinct neighborhoods – Downtown, Midtown and Uptown – each with a charm and offering all its own. OC includes more than 200 restaurants, 17 championship golf courses, and the Roland E. Powell Convention Center that features nearly 250,000 square feet of floor space. Founded in 1875, the town has become a year-round destination. The iconic boardwalk offers three miles of food, games and shopping, and accommodations include more than 10,000 hotel rooms from major hotel chains to quaint, locally owned gems, and 21,000 rentable condominiums. The convenient resort town, by car, is within five hours of New York and Richmond, and less than three hours from Baltimore, Washington, D.C. and Philadelphia and, by air, the Salisbury/Ocean City Regional Airport is just 30 minutes from OC.