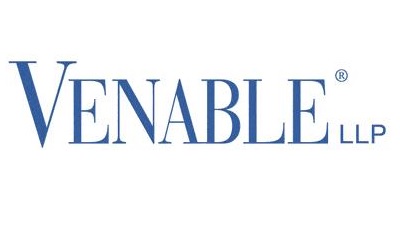 Venable LLP is pleased to announce that Richard DiNucci has joined the firm as a senior policy advisor in the International Trade Group. Mr. DiNucci is an adept leader and skilled strategist who leverages his experience with U.S. Customs and Border Protection (CBP) to advise clients on issues related to international trade and customs. He will reside in the Washington, DC office and will collaborate with professionals in all Venable offices, especially San Francisco.

Mr. DiNucci most recently served as CBP director of field operations in San Francisco where he managed operations in six states and two U.S. territories, which were carried out by more than 1,700 employees. He previously served as the area port director for both San Francisco and Newark/New York, overseeing immigration and cargo operations at the associated airports and seaports. Throughout his tenure, he played an integral role in the creation of pivotal CBP policies and programs. As the deputy assistant commissioner in the Office of International Trade, Mr. DiNucci initiated the formation of the Centers of Excellence and Expertise and managed CBP’s post-entry compliance programs, audits, and broker compliance efforts. Earlier in his tenure, he was appointed director of border targeting and security. In this role, he oversaw CBP’s Automated Targeting System and initiated the Importer Security Filing (ISF) requirement designed to refine CBP’s cargo security efforts. He led the ISF effort from its inception as a proposed rule to its final implementation as a full-fledged operational program. In 2008, Mr. DiNucci was named director of the Secure Freight Initiative (SFI), overseeing the Safe Port Act requirement for the scanning of all cargo containers bound for the United States. He oversaw operations in Europe, Asia, the Middle East, and Central America.

In the early stages of his career, Mr. DiNucci was assigned to the U.S. Customs Headquarters Office of International Affairs where he served as a program manager overseeing customs cooperative work at the Customs Cooperation Council (now the World Customs Organization) in Brussels. He worked on commercial cargo issues and customs enforcement matters in Brussels and was the original U.S. representative presenting the first draft of the revised Kyoto Convention on Customs Clearance Procedures.

Ashley Craig, a co-chair of the firm’s International Trade and Logistics Group, said, “Rich’s experience at the helm of numerous CBP operations and his wealth of institutional knowledge is an immediate and invaluable asset to our clients as they look to achieve individualized policy and compliance objectives in an increasingly complex trade environment. We look forward to welcoming him to our deep bench of attorneys and advisors.”

Commenting on his move to Venable, Mr. DiNucci said, “I am honored to join a world-class organization and I am excited at the opportunity to assist Venable’s clients, both old and new, in meeting the challenges presented by today’s international trade environment.”

Venable LLP is an American Lawyer Global 100 law firm headquartered in Washington, DC that serves as primary counsel to a worldwide clientele of large and mid-sized organizations, nonprofits, high-net-worth entrepreneurs, and other individuals. With more than 850 professionals across the country, including in California, Delaware, Illinois, Maryland, New York, Virginia, and Washington, DC, the firm strategically advances its clients’ objectives in the United States and around the globe. Venable advises clients on a broad range of business and regulatory law, legislative affairs, complex litigation, and the full range of intellectual property disciplines. For more information, please visit https://www.venable.com/.