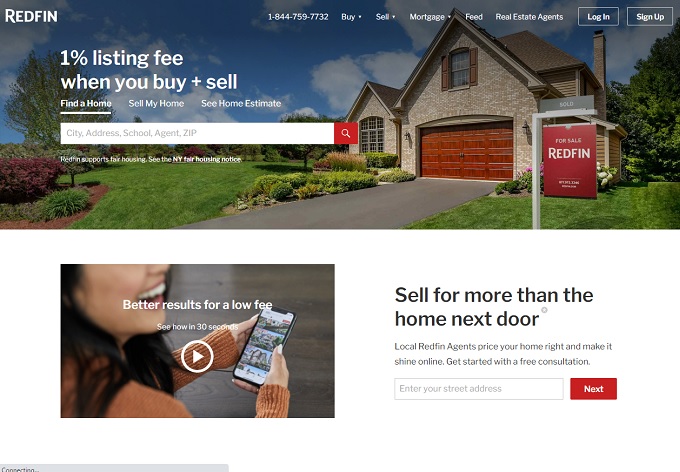 SEATTLE–(BUSINESS WIRE)–The typical home for sale found a buyer in 15 days, the fastest pace on record, during the four-week period ending May 8, according to a new report from Redfin, the technology-powered real estate brokerage.

Pending sales fell 6%, the largest year-over-year decline since June 2020 when the initial pandemic shock to the housing market was just wearing off. Many of the buyers who haven’t yet been priced out by skyrocketing housing costs have been rushing to snag homes before they become even more expensive. The typical homebuyer’s monthly mortgage payment is now $2,427, a record high and up 44% from $1,685 a year earlier.

“Rising mortgage rates have taken a notable bite out of demand,” said Redfin Chief Economist Daryl Fairweather. “But still, homebuyers who remain in the market are facing stiff competition, especially for the most desirable homes. Given the lack of homes for sale, it would take a much larger drop in demand for buyers to really feel like the market has truly turned in their favor.”

The share of homes for sale with price drops shot up to a seven-month high of 16% during the four-week period as early-stage homebuying demand as measured by Redfin’s Homebuyer Demand Index in the latest week fell 7%—the largest annual decline since April 2020.

“We are seeing more price drops in recent weeks and homebuyers are starting to find some relief from competition,” said Salt Lake City Redfin real estate agent Rin Barrett. “People who have been looking for a long time and were consistently getting beat out by other buyers are starting to get their offers accepted. They may be settling for a home that’s not in an ideal location or needs some work, but they’re happy because a few months ago even those seemed impossible to win. However, desirable homes in prime locations are still selling fast and for a premium, with no apparent slowdown so far.”

Unless otherwise noted, this data covers the four-week period ending May 8. Redfin’s weekly housing market data goes back through 2015.

To view the full report, including charts and methodology, please visit: https://www.redfin.com/news/housing-market-update-fewer-buyers-faster-sales/