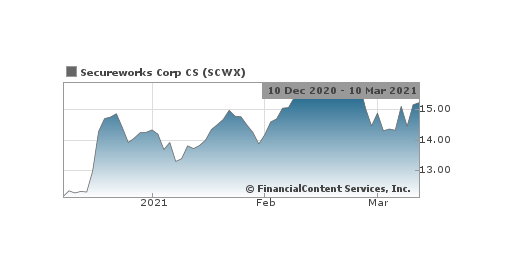 “The ability to outpace the adversary at scale requires an integrated, open analytics platform that empowers the community to collectively defend against threats,” said Michael R. Cote, chief executive officer, Secureworks. “Nearly 400 customers around the world are now realizing the transformative power of that community through our cloud-native Taegis security analytics platform.”

Financial Summary
“We are pleased with the momentum in our Taegis platform, with over 266% annual growth in ARR for the product of $55 million, up from $15 million since the start of the fiscal year,” said Paul Parrish, chief financial officer, Secureworks. “Further, we’re excited about the future opportunity and see Taegis ARR growth continuing to accelerate.”

Financial Outlook
For the first quarter of fiscal 2022, the Company expects:

For the full fiscal year 2022, the Company expects: