Interviewed by Jeffrey Davis on July 7, 2022

Citybiz is starting a new series of interviews featuring Jeffrey Davis, a Baltimore-based PR pro and regional editor for Capitol Communicator, speaking with some of the region’s top advertising, marketing and communications executives, representing agencies as well as brands. In this episode of “Let’s Start with You,” Jeff speaks with Bill Ward, EVP, Managing Director at TBC. 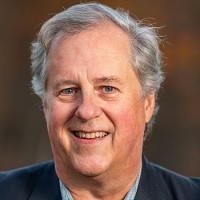 Jeff Davis has more than 25 years of news media and national public relations experience and heads J. Davis Public Relations, LLC, a PR, crisis communications and social media consultancy based in Baltimore serving agencies, law firms, B-to-B companies and more. A three-time PRSA Maryland president, he serves as Baltimore regional editor for the Capitol Communicator and is co-founder of Podville Media in D.C. where he co-hosted the “Practically Social” podcast. He began his career as a reporter at daily newspapers in Ohio, New Jersey and at the Capital Gazette in Annapolis.

Connect with Bill and Jeff on LinkedIn

Q1: OK, let’s talk about TBC – you’ve been around for nearly 50 years! How and when did you get started, and who’s on the team?

Q2: Tell us a little about the services you offer and markets you serve.

Q3: We’ve seen a lot of changes in the creative world recently – what are you seeing and how does TBC tackle change?

Q4: What would you say differentiates TBC from other creative firms?

Q5: You hear companies talking about Diversity, Equity and Inclusion, but I understand TBC has gone way beyond posting about it on social media and closing on Juneteenth. Tell us what you’re doing with DE&I.

Q6: In your opinion, what has been the most memorable campaign your team has launched for a client?

Q7: As we all know, attracting and keeping talent is among the major challenges in the creative business today. How are you addressing that and what kind of culture have you built at TBC?

Q8: How can our viewers get in touch with you and learn more about TBC?

TBC joined Visit Baltimore’s “Warm Welcome” pledge, which means embracing EVERYONE, and the agency transformed its internship program after consulting with regional HBCU’s to make it a more accessible experience for all students.