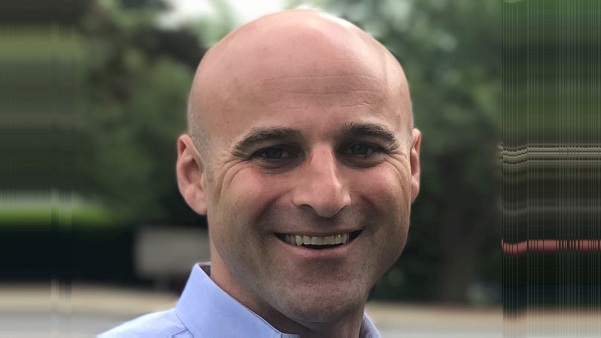 The Food Hall Co., the Texas-based award-winning food hall developer and operator, has appointed Michael Morris as their new Chief Executive Officer and Jessica Keller as Chief Operating Officer. With the company poised for growth, Morris and Keller join the organization at a pivotal time.

The Food Hall Co., a subsidiary of FB Society, creates and operates best-in-class dining and entertainment hubs that provide small businesses a platform to establish and thrive as the heartbeat of the communities they serve. Currently, Food Hall Co. owns and operates Legacy Hall, located in Legacy West in Plano, TX, and Assembly Food Hall, located at Fifth + Broadway in Nashville, TN.

Michael Morris brings an extensive background in real estate development and operations to his role as Chief Executive Officer at Food Hall Co.

Morris started his career at the Baltimore-based Cordish Companies. Quickly growing from leasing agent to development director at the company, Morris became a principal by the age of 24. In the next 5 years, he grew as a foundational team member – and was an integral player in the development and leasing of the Power & Light District in Kansas City, a development of 9 city-square-blocks with entertainment, dining, services, and business headquarters.

In 2008, Morris left Cordish to start his own company, Cana Development (CANAdev), where he remains as CEO. CANAdev is a real estate development company focusing on the retail placemaking of large-scale, mixed-use developments and has established itself as one of the premier developers of food halls in the United States. With recent food hall projects including High Street Place in Boston, MA and Western Market in Washington DC, the company defines, develops, and activates places with a relentless approach to quality retail development, leasing, and operations.

“What attracted me to the opportunity was the caliber at which Food Hall Co. operates on every level,” says Michael Morris. “Food Hall Co. has successfully created two world-class dining and entertainment destinations. Bringing together CANAdev’s development and leasing skillset with the Food Hall Co.’s operational strengths creates a best-in-class food hall team. My goal is to fulfill the mission of the Food Hall Co. while focusing on our growth and expansion throughout the United States and beyond.”

Meanwhile, Jessica Keller brings over 15 years of experience at Whole Foods Market to her role as Chief Operating Officer at Food Hall Co. Most recently, she served as Regional Vice President of the Southwest Region for almost four years, where she was responsible for the operational and financial execution of all 47 stores in the Southwest Region, which included retail locations in Texas, Oklahoma, Arkansas, and Louisiana.

“My experience with serving and supporting local communities, vendors, and team members through servant leadership will be critical to achieving success at Food Hall Co.,” says Jessica Keller.

Keller’s goal is to set the standard for operational excellence. “Ultimately, I hope to develop extraordinary food halls that bring people together to celebrate food and have fun through our unique entertainment and programming,” she continues. “I’ll be working to ensure we’re on the cutting edge of food trends, while maintaining overall quality and execution, and will continue to work with vendors who meet this level of excellence. In addition, we will always look to represent each community and its local flavors through our restaurant and chef partners,” she continues.

Randy DeWitt, Founder and Chairman of FB Society (the creator of Food Hall Co. and thus Legacy Hall) explains, “Our mission is to continue to create premier dining and entertainment destinations through thoughtfully curated and diverse dining experiences and programming, executed at the highest level possible. With Michael and Jessica at the helm, we now have the team in place to strategically grow our footprint and enter more markets across the United States.”

Food Hall Co. is a Plano, TX-based food hall developer and operator with properties in Plano, TX (Legacy Hall) and Nashville, TN (Assembly Food Hall). The team takes a 360-approach to food hall development, managing all aspects from site selection, design, build out, menu curation, marketing, programming, entertainment, and more to create a destination within each community they are in.

FB Society (formerly Front Burner Restaurants) is the restaurant innovation lab behind unique concepts such as Whiskey Cake, Legacy Hall, Mexican Sugar, Sixty Vines, Haywire and more. The company is driven by a thriving culture and constant pursuit of perfection. Its mission is to create and execute experiences never imagined. Known for its creativity, experiential approach, exquisite attention to detail, culinary innovation, and creation and development of emerging brands, the Society now boasts a diverse portfolio of 10 restaurant brands across 25 locations, a one-of-a-kind food hall, Modern Pour and Vestals premium catering, Bingham House event venue, Unlawful Assembly Brewing Co. and the non-profit Furlough Kitchen, with more concepts on the horizon.