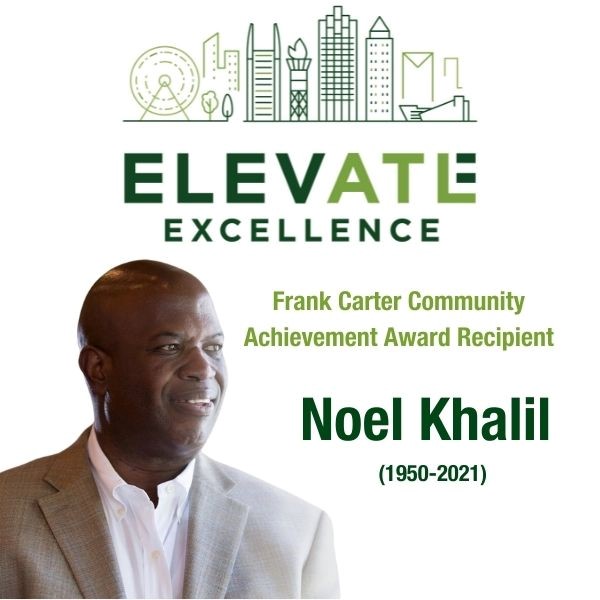 ULI Atlanta is pleased to announce that Noel Khalil will be posthumously honored with the Frank Carter Community Achievement Award at the 26th Annual Awards for Excellence dinner on May 19 at The Eastern.

The Frank Carter Community Achievement Award is given to an individual in the field of real estate development or related area such as finance, planning or design who has made an outstanding contribution in his or her lifetime to the metropolitan Atlanta region. The very first Frank Carter Award was given to Tom Cousins in 1995 and over the years has been awarded to AJ Land, John Portman, Lawrence and Mary Gellerstedt and most recently Chip Davidson in 2019. Khalil joins a distinguished group of leaders who have made outstanding contributions to our community and to the real estate industry.

Khalil was the Founder and Chairman of Columbia Residential and Founder and Principal of Columbia Ventures. He devoted his life to real estate with a passion for affordable housing, and was instrumental in the development of more than 10,000 affordable, mixed-income and market rate homes and apartments in award winning communities across five states and more than a dozen cities.

As a first generation U.S. citizen with immigrant parents hailing from Jamaica, Khalil was introduced to income-producing real estate when his parents rented out the upstairs unit of their duplex in the Bronx. He received his law degree from Florida State University and stuck with the real estate route, becoming a developer in Houston. He eventually made his way to Atlanta where he became acquainted with prominent real estate developer Herman Russell, who became Khalil’s mentor for the remainder of his life.

Khalil formed Columbia Residential in 1991, named after the street of his very first project, Columbia Drive in Decatur, GA. Throughout the duration of his career, Khalil built thousands of affordable housing communities around metro Atlanta. Khalil is known for forging career enduring relationships with the City of Atlanta, the Georgia Department of Community Affairs, Invest Atlanta and Atlanta Housing. One of the highlights of Noel’s career came in the summer of 2010 when President Obama and First Lady Michelle Obama chose to visit Columbia Parc, a complex in New Orleans, on the 5th anniversary of Hurricane Katrina. Today, Columbia Residential offers a full platform of affordable and mixed-income housing development, ownership, property management and resident services capabilities.

Late in his career and life, Khalil had great satisfaction in his work, his teammates and the impact he had on so many people. In addition to the numerous local and national awards received for his developments, Khalil was inducted into the Affordable Housing Finance Hall of Fame in 2020, joining 25 other pioneers of the affordable housing industry. In his final year, Khalil spoke on a panel for the Affordable Housing Investors Council on Eliminating Barriers for Minority Developers, which was impactful to many concerned with equity and creating greater opportunity for startup and Black-owned businesses. His personal experience from kitchen table start-up to one of the leading development firms in the affordable housing industry was inspiring and impactful to so many. ULI Atlanta Executive Director Sarah Kirsch honored Noel’s legacy with this tribute.

About ULI Atlanta:
ULI is a global non-profit education and research organization with a mission to shape the future of the built environment for transformative impact in communities worldwide. With more than 1,400 members throughout the Atlanta region, ULI Atlanta is one of the largest and most active District Councils. ULI Atlanta brings together local leaders from across the fields of real estate and land use policy to exchange best practices and serve community needs through education, applied research, publishing, technical assistance, events and programs. See atlanta.uli.org for more information.

For more information about ULI Atlanta’s Awards for Excellence and to purchase tickets to the event, visit https://atlanta.uli.org/events/about-the-awards-for-excellence/