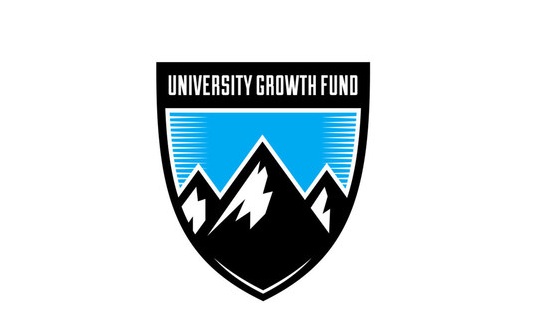 University Growth Fund, the largest student-run private equity fund in the country, today announced the close of its oversubscribed fund with over $50 million committed, and Ally Financial Inc. as the lead investor. UGF provides college students with unique access to the highly competitive career track of venture capital through hands-on experience. In addition to Ally, investors include Sallie Mae Bank, Lending Club, Arvest Bank, Continental Bank and ATHOS, along with notable investors and entrepreneurs such as Jeremy Andrus and Franklin McLarty, among others.

Only 2% of venture capital leaders are Black1, making it one of the least diverse industries in the country. With locations in Salt Lake City and San Diego, UGF expanded to Atlanta last year to promote diversity in the underrepresented field. Atlanta has 26,000 college students of color and 57 institutions of higher learning, including four Historically Black Colleges and Universities.

“With Ally’s funding, we branched out to Atlanta to reach more diverse students. Our expansion was an important motivator for investors that wanted us to expand the impact of our program,” said Peter Harris, a UGF founding partner. “More investors recognize the need to improve diversity and access. Increasingly, they’re coming to the conclusion that greater inclusivity is not only the right thing to do but can also help achieve greater outcomes for companies and investors alike.”

An Ally Charitable Foundation grant covered UGF’s expansion to Atlanta and its push for greater access for diverse students in venture capital.

“We see the strength that comes from diversity and it’s important for brands to take action by stepping up and doing their part to promote it. At Ally, we believe diversity is essential to the long-term success of our company and the communities we serve,” said Diane Morais, president of consumer and commercial banking at Ally. “Today’s announcement furthers our commitment to opening new pathways for Black students, especially in underrepresented, high-paying career fields such as venture capitalism and private equity.”

Ally, a longtime UGF supporter, was the anchor investor in UGF’s original fund in 2014 as well as the just-closed, second fund. Ally has invested a total of $25 million in UGF funds.

“The closing of our second fund is a milestone moment for us and it wouldn’t have been possible without Ally’s early and deep support,” said Tom Stringham, a founding partner of UGF. “We plan to continue our work to change students’ lives by offering opportunities to gain real life experience and entry into the venture capital industry.”

Students in the Atlanta office come from a range of universities including Historically Black Colleges and Universities (HBCUs), and these schools include Georgia Tech, Georgia State, Morehouse College, Spelman College, Gwinnett College and Emory University.

“UGF has given me incredible opportunities that I never thought I’d be a part of as a freshman or sophomore in college,” said George Lester, a sophomore at Morehouse College and an associate at UGF’s Atlanta office. “Coming from an HBCU, it’s gratifying to see the impact UGF’s new Atlanta office is having on the Black community in a city that’s such a stable hub for Black culture. I’ve seen a growing interest in UGF and venture capitalism from students across a number of Atlanta universities – and it’s a great step toward increasing diversity in the space.”

About UGFUniversity Growth Fund is the largest education-based private equity fund in the country, with over $80 million in assets under management from several institutional investors. UGF gives university students the opportunity to gain real-world experience as they invest alongside top-tier investors in many of the best companies in the country. UGF typically has 50+ student associates from fourteen universities in the program each semester. Learn more at www.ugrowthfund.com.

About Ally Financial Inc.Ally Financial Inc. (NYSE: ALLY) is a digital financial services company committed to its promise to “Do It Right” for its consumer, commercial and corporate customers. Ally is composed of an industry-leading independent auto finance and insurance operation, an award-winning digital direct bank (Ally Bank, Member FDIC and Equal Housing Lender, which offers mortgage lending, point-of-sale personal lending, and a variety of deposit and other banking products), a consumer credit card business, a corporate finance business for equity sponsors and middle-market companies, and securities brokerage and investment advisory services. A relentless ally for all things money, Ally helps people save well and earn well, so they can spend for what matters. For more information, please visit www.ally.com and follow @allyfinancial.