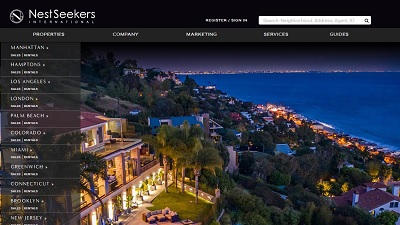 “We have long admired Ban’s extraordinary success in the Bedford-Stuyvesant neighborhood and we are honored to welcome him to Nest Seekers.” Eddie Shapiro, Nest Seekers CEO

Mr. Leow is an extremely supportive and well-known neighbor of Bed Stuy, and a pioneer in selling historic Brooklyn brownstones. Originally from Malaysia, Mr. Leow has called the Bedford-Stuyvesant section of Brooklyn home since 2003. He opened his own real-estate brokerage in 2013 and quickly became one of Brooklyn’s top brokers. Frequently quoted in the media, Mr. Leow is most recently known for crushing the previous Bed Stuy townhouse price record when he sold the John C. Kelley mansion at 247 Hancock Street for $6.275 million in September 2017. A champion of local mom and pop businesses, Mr. Leow has worked in the restaurant industry, and had a mid-century modern vintage home furnishings store in Bed Stuy called casaBAN. He is also a R.A.D.D. Award recipient, and is consistently ranked as one of the top producing agents in Bed Stuy.

“I was immediately drawn to Nest Seekers’ status as one of the last privately held firms in the city. More than that, the firm speaks extremely well to the varying characteristics of each Brooklyn neighborhood, especially Bed Stuy. I could not be more pleased to be joining an international firm on the cutting edge of the business.” – Ban Leow

Mr. Leow will join Nest Seekers International’s new Bed Stuy office concept which combines an upscale coffee shop with an office to deliver a great space for neighbors to enjoy. The concept was spearheaded by Nest Seekers’ Sara Golan, in partnership with Angela Yee’s “Coffee Uplifts People,” which advances an ambitious vision to fulfill the promise of coffee within its every touch point, from producers, importers, roasters, baristas, consumers and the communities it is consumed within.

“Ban is a staple of the Bed Stuy community and I could not be more excited to welcome him to the Nest Seekers family. When you sit down for a coffee with Ban, you are sure to be interrupted by at least 5 passersby who recognize him and stop to say hello. There is a certain kind of celebrity about him – and for the best reasons. This is the kind of company we aim to keep.” – John Carbone, Managing Director