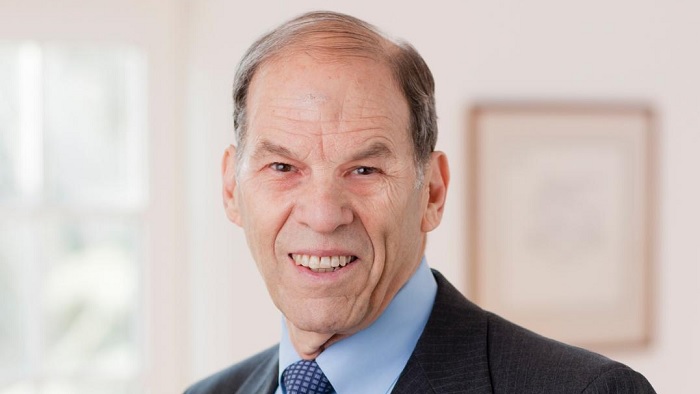 Stephen G. Yusem, Esq., one of the Delaware Valley’s most respected arbitrators and mediators, was honored by the Montgomery Bar Association, at its Annual Meeting last week, with its first-ever Lifetime Achievement Award.

Said William H. Pugh, IV, a past president of the Association who presented Steve with the Award, “This award is given to Steve whose distinguished career, professionalism, integrity, and service to the bar and the community all exemplify the best ideals of the legal profession.”

“It is with deep gratitude that I accept this Award,” said Yusem. “Service to this Bar and to my country has been my life’s mission. But please know that I am an active Neutral so there may be more achievements to come,” he said humorously.

Mr. Yusem has achieved Fellowship status with both the Chartered Institute of Arbitrators and the prestigious 250-member College of Commercial Arbitrators. He is also accredited as a mediator by the Center for Effective Dispute Resolution in London.

Yusem is an adjunct professor of law at the Cornell University Law School where he teaches mediation and arbitration. He has also taught conflict resolution at the National University of Mongolia Law School, the Saint Cyril and Methodius University in Macedonia and the Tehran University in Iran. He serves in the U.S. Department of State Fulbright program as a Fulbright Specialist on short-term assignments, the most recent being at the Royal University for Women in Bahrain, teaching International and Commercial Arbitration.

A former president of the Montgomery Bar Association and founding president of its Bar Foundation, Yusem is a graduate of Cornell University (B.A., Economics) and the University of Pennsylvania Law School.

Simultaneously with his law practice, Yusem has dedicated much of his life to military service. He served as a United States Navy Reserve officer rising to the grade of Rear Admiral, ultimately becoming the highest-ranking Navy Reserve Surface Line Officer in the United States. He served as national president of the 120,000-member Reserve Officers Association of the United States working with the late Senator John McCain to provide health insurance for military veterans. In addition, he represented the Reserve Officers Association at the North Atlantic Treaty Association (NATO) working with the former nations of the Warsaw Pact in support of the Partnership for Peace Program for their admission as NATO members.

Stephen Yusem provides arbitration and mediation services to lawyers around the country. He is well known among both bench and bar for his conscientious focus on the issues at hand. For more information, please see: www.syusem.com.