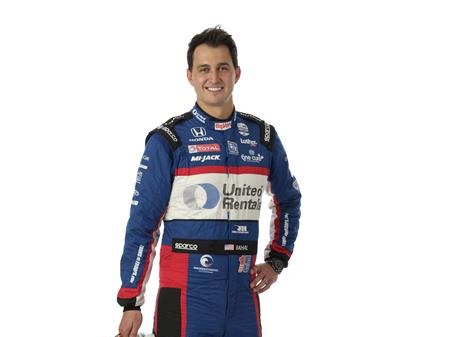 STAMFORD, Conn., Jan. 14, 2022 (GLOBE NEWSWIRE) — NTT INDYCAR SERIES driver Graham Rahal has joined the advisory board of SoldierStrong, a national nonprofit organization dedicated to improving the lives of the nation’s military veterans by providing them with revolutionary medical technologies to help them take their next steps forward in their lives after service.

“Graham Rahal has played a unique role for SoldierStrong for years – both as a generous fundraiser on and off the track and as an ambassador who graciously shares his platform to share our organization’s story with more and more people each year,” said Chris Meek, SoldierStrong co-founder and chairman. “Graham is more than a fearless racecar driver. He’s a proven entrepreneur and an extraordinary philanthropist. His decision to join our advisory board further demonstrates his deep, personal commitment to the brave men and women who have sacrificed so much in defense of our liberties and security.”

Rahal and his wife, Courtney, support SoldierStrong through their charity, the Graham and Courtney Rahal Foundation. Since 2018, the foundation’s Drivers Tournament and Vino For Vets initiatives have raised $630,683. As part of the Rahal Letterman Lanigan Racing team he also raises funds for SoldierStrong through the Turns for Troops program. Through its generosity as the team’s major sponsor, United Rental donates $50 to SoldierStrong for every lap that Rahal completes during the racing season. In 2021, Rahal completed 1,587 laps, raising $79,350 for SoldierStrong. Since its inception in 2016, Turns For Troops has raised $1,465,027.

“I am blessed to have a career that I’m not only passionate about but that also allows me to benefit veterans – America’s true heroes – in a life-changing way. I’m grateful to be in the company of organizations like SoldierStrong and United Rentals in our commitment to give back to our country’s veterans who provide us with the power of hope and show us what it means to persevere,” said Rahal, who has six wins and 28 podium finishes during his INDYCAR SERIES career.

Rahal Letterman Lanigan Racing is co-owned by Graham’s father, Bobby Rahal, winner of the 1986 Indianapolis 500. In 2007, in just his third Champ Car race, Graham Rahal became the youngest-ever podium finisher in Champ Car history after finishing second in the Grand Prix of Houston. He made his 2008 series debut in the season’s second race, which he won to become the youngest driver at the time to win a major American open-wheel race at age 19 years, 93 days. He began the 2009 season by taking pole position at St. Petersburg, becoming the series’ youngest-ever polesitter aged 20 years, 90 days.

He drove in his first Indianapolis 500 in 2008 as the merger of competing racing series resulted in the creation of the INDYCAR SERIES. He has finished in third place at Indianapolis in 2011 and 2020 and has finished in the top 10 in four of his 14 starts at the fabled speedway. Rahal also was a co-driver of the winning Rolex 24 at Daytona car in 2011.

About SoldierStrong
SoldierStrong helps American patriots literally take their next steps forward. Through educational scholarships and by harnessing the most innovative technology in advanced rehabilitation, we help returning service men and women continue moving in the only direction they should know – forward. Nearly every dollar SoldierStrong receives goes toward support of American patriots so that they can re-acclimate to civilian life, Our organization works to remind veterans who have sacrificed so much that we are forever thankful. For more information, visit http://www.soldierstrong.org/