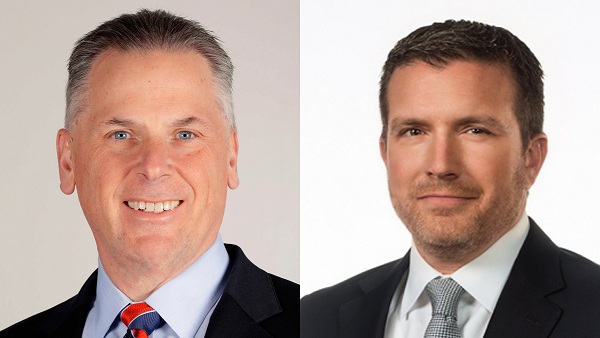 “Mike Burch and Jerry Caldwell are dedicated leaders who search every day for innovative ways we can serve our fans, partners and employees,” said Smith. “We are proud to have Mike and Jerry on our executive leadership team and thankful not only for their past successes but for their continued hard work to elevate the profile and performance of Speedway Motorsports.”

Burch, who joined Speedway Motorsports in 2003, most recently served as chief strategy officer, and previously held positions of senior vice president of national sales and marketing and manager of business development. He earned undergraduate degrees in economics and management & society at the University of North Carolina at Chapel Hill and a master’s degree in sport management from Georgia Southern University before working with several NBA teams, including the Orlando Magic, Houston Rockets and Charlotte Hornets, where he served as vice president of marketing from 2000 to 2002.

“Mike has been an integral part of our organization and a key architect of how we’ve pulled our facilities and staff together as a more cohesive company,” Smith added. “He aggressively stays on top of trends in sports business and management to better support our stakeholders, while also serving as a key strategist and liaison with NASCAR in development of the annual event schedule. Mike is the biggest proponent of our GLOBE mentality, to ‘generously lend our best efforts’, and as chief operating officer, he’ll continue to be a significant part of our success.”

Caldwell’s career at Bristol Motor Speedway epitomizes the American Dream, starting as an events department college intern before transitioning full-time to the BMS sales and marketing department in 1997. In the following years, he was recognized twice as the BMS Employee of the Year and once as the Speedway Motorsports Salesperson of the Year. In 2010, Caldwell was named executive vice president and general manager of Bristol Motor Speedway and Dragway. Under his leadership, The Last Great Colosseum continued its illustrious history as one of NASCAR’s most revered venues, set an NCAA record for highest attendance (156,990) at a college football game and transformed to a world-class dirt racing facility and concert venue.

“Jerry Caldwell continues to raise the bar for what can be done at one of the world’s most iconic entertainment venues,” Smith commented. “Jerry is the first three-time Speedway Motorsports ‘Promoter of the Year’ honoree. He and his team captivated the sports world with Bristol’s transformation for NASCAR to race on dirt in 2021, and he’s leading our charge to bring NASCAR back to Nashville’s Fairgrounds Speedway. Jerry is also a tremendous community servant, and I’m honored to name him President of Bristol Motor Speedway and Dragway.”