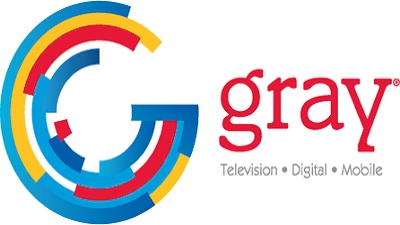 Gray promoted Executive Producer of Investigations, Jamie Grey, to Managing Editor of Investigations. Jamie has been with the team since 2018 producing stories, coordinating coverage and leading training events. Prior to joining InvestigateTV, Jamie taught as an assistant professor at the University of Missouri, and she previously has been a local television reporter in various markets in Iowa, Idaho and Missouri.

Gray promoted Greg Phillips from News Director at WMC-TV in Memphis to Executive Producer of Investigations. In this position, Greg returns to his investigative background, which includes eight years as Assistant News Director/Special Projects Director with the investigative team at WVUE.

Gray has hired Daniela Molina as Investigative Producer. Daniela is a recent graduate of the Arnolt Center for Journalism at Indiana University. This past year, she worked with InvestigateTV on its “Bridging The Great Health Divide” initiative.

The National Investigative Team intends to add an additional reporter and a photographer early next year to build upon InvestigateTV’s successful reporting efforts in 2021. This year, the team uncovered a lack of government oversight and transparency in agricultural subsidies; discovered a glaring equity disparity in transportation safety that led to a recent change in federal laws; highlighted environmental protection issues; and created an in-depth series examining health care policies and outcomes in the Appalachia and Delta regions.

“The expansion of our National Investigative Unit reinforces our commitment to strong investigative journalism. We’re proud of the work of this unit that is having a real impact in the communities we serve,” said Gray Television Senior Vice President Sandy Breland.

The National Investigative Team/InvestigateTV produces stories for Gray’s 113 television stations and the InvestigateTV OTT App on Roku, Amazon Fire, and Apple TV. Early this year, the team debuted a weekly InvestigateTV show that airs on all Gray stations. Through twelve weeks, the show is averaging about a viewership of 850,000 households per episode.

InvestigateTV launched in 2018 and provides innovative, original journalism from a dedicated investigative team and partners, including ProPublica, News21 at Arizona State University’s Cronkite School of Journalism, and NerdWallet. It is available on Roku, Amazon Fire, at InvestigateTV.com and across Gray’s broadcast and digital media properties.