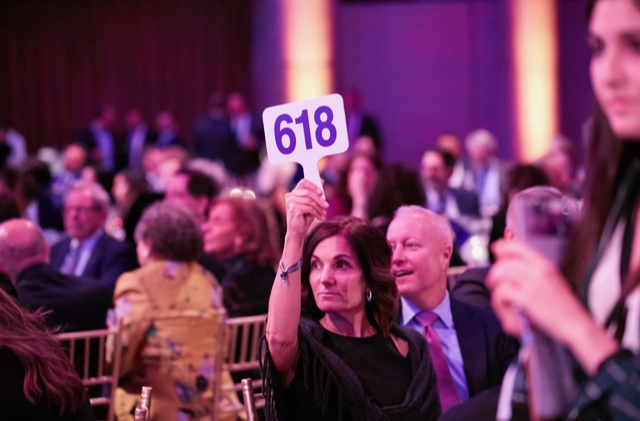 November is Gala season in New York City with red carpets and ballgowns at their finest when a philanthropic mission is involved, and this year is no exception. Returning to a live, in-person event to celebrate the breakthrough research in the fight against cancer, more than 700 people attended the aptly themed Together Again event at the iconic Cipriani Wall Street venue. 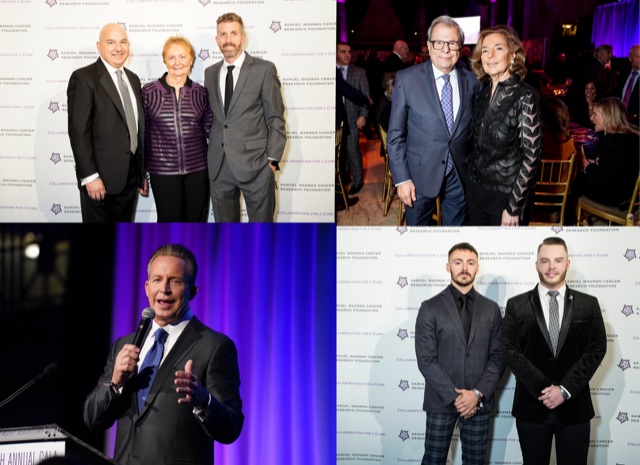 The night’s programming was guided by CBS’s Chris Wragge and also included several monumental presentations and mentions. The Foundation also continued its tradition of recognizing the fashion industry’s longtime partnership to funding innovative cancer research presenting this year’s Fashion Cares Award to Debra S. Waller, Chairman and CEO of Jockey International, Inc. Waller, who has been personally impacted by cancer in her family, was selected for her dedication to eradicating cancer and decades of philanthropy and community involvement. The foundation also presented its first Breakthrough Science Award to Dr. Kevan Shokat, from the University California San Francisco. Dr. Shokat, an SWCRF-funded investigator, recently discovered a new compound that effectively inhibits a cancer-causing genetic mutation – the overactive KRAS protein – which is a common driver in lung, colorectal, and pancreatic cancers.

“Over the past few decades, we have seen unprecedented advancements in the treatment of cancer, moving away from toxic treatments and developing more tolerable and effective pills such as this new drug,” said Dr. Samuel Waxman, CEO and Founder of SWCRF during his Gala speech. “This is a real gamechanger and it is a perfect example of why we do what we do – invest long-term in leading scientists and encourage collaboration to save lives.”

During the gala, the foundation also announced a new collaboration with the Tisch Cancer Institute at Mount Sinai to expand the Foundation’s Aging and Cancer program which already includes partnerships with the National Cancer Institute, National Institute on Aging, and the Israel Cancer Research Foundation. Additionally, the Foundation is funding breakthrough research to combat breast and ovarian cancer. In the past 10 years, SWCRF has allocated $4 million to its Women’s Cancer Research Program and is currently investing $1,550,000 towards 15 prestigious scientists working on finding new treatments for breast and ovarian cancer.

The evening also included a live and online auction with lots that the proceeds will go directly towards the foundation’s mission. The evening concluded with a concert by Jason Isbell and the 400 Unit with a very special guest, Warren Haynes. In total, the evening raised auction which more than $4 million toward furthering collaborative cancer research programs.

Jason Isabel and the 400 Unit on Stage

“The past year has been very difficult for all of us,” said William T. Sullivan, executive director of the Foundation. “But the 2021 gala’s return is a true celebration of the scientists that developed these life-saving vaccines as well as the dedicated researchers around the world working tirelessly to combat the other global pandemic, cancer.”