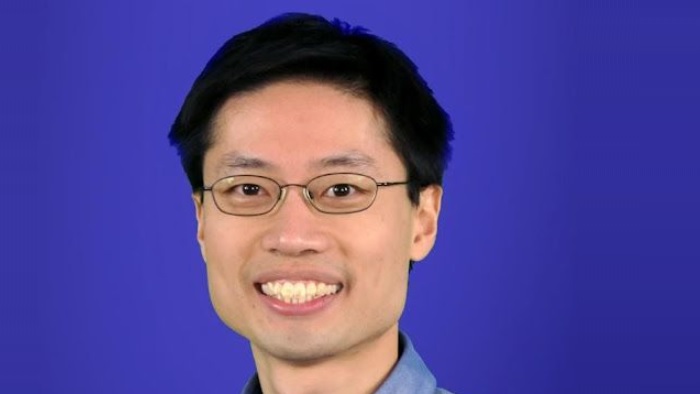 American Heritage Schools is pleased to welcome internationally-acclaimed mathematics professor, coach, and entrepreneur Dr. Po-Shen Loh to its Fort Lauderdale campus on Saturday, December 11, in conjunction with the 2021 Middle School Math Invitational. Dr. Loh will host two guest lectures that are open to parents and students throughout the South Florida community.

Graduating top in his class at California Institute of Technology, Dr. Loh earned his doctorate in mathematics from Princeton University, and is a math professor in his 11th  year at Carnegie Mellon University. He is also the national coach of the USA International Mathematical Olympiad team that achieved its first-ever back-to-back #1-rank victories in 2015 and 2016 and again in 2018 and 2019.

Dr. Loh’s work spans the mathematical spectrum, from research to education, and he focuses on a new approach to teaching advanced creative mathematical thinking to middle school students. Dr. Loh is the founder of the personalized learning platform, expii.com, which includes his series of free online math courses that reinvent the middle school math curriculum and motivate creative thinking.

“We are honored to host such a brilliant, dynamic, and entrepreneurial mathematician as Dr. Loh,” says Dr. Douglas Laurie, president of American Heritage Schools. “Middle school is such a vital time for growth in math skills. We welcome students and parents throughout South Florida to come to our campus on December 11 and attend Dr. Loh’s lectures to get inspired about how math diligence can lead to great success.”

During the invitational at American Heritage Schools, the top-ranked school in the nation in mathematics, middle school mathletes from Miami-Dade, Broward and Palm Beach counties will compete in two 60-minute tests consisting of material from pre-algebra through geometry, followed by a meet-and-greet with Dr. Loh.

“At American Heritage Schools, we created an environment where liking math and being good at it is respected and appreciated,” says Director of Math Competition at American Heritage Schools, Rick Rovere. Five years after launching the Schools’ math competition team, Rovere, Dr. Radleigh Santos, AHS ’98, MIT ’02, and  Derek Rampal led the students to No. 1 private school in Florida in math competition. The team went on to rank No. 1 private school in the U.S. in math competition for the past six years. “Dr. Po-Shen Loh’s visit will validate for all students that math is important,” Mr. Rovere adds.

American Heritage Schools is the No. 1 private school in Florida for nationally recognized scholars, math competition, science fair, mock trial, moot court, and speech and debate. Alumni are notable leaders in their chosen fields who are generating positive differences in the world. American Heritage Schools is an independent, non-sectarian, co-educational, college preparatory school in South Florida serving grades Pre-K3 to 12.

The public is invited to attend the following two guest lectures by Dr. Loh in person:

Anyone interested in attending Dr.  Loh’s lectures on December 11 or registering a child to compete in the middle school math competition, please click here for information.

About American Heritage Schools: American Heritage Schools, founded in 1965, is a nationally-ranked private, nonsectarian, and co-educational college preparatory day school with two 40-acre campuses–one in Plantation, Florida; and one in Delray Beach, Florida. Its campuses serve approximately 4,800 students in Pre-K3 through 12th grades, and the student body represents over 60 different countries throughout the world. Approximately 70 percent of the faculty holds postgraduate degrees. American Heritage Schools is nationally and internationally accredited by the following associations: Association of Independent Schools of Florida (AISF), Middle States Association (MSA-CESS), and National Council for Private Schools. The Lower School includes advanced classes and 15 electives, and the Upper School offers over 300 courses with 138 honors classes, 28 Advanced Placement classes, and 75 fine arts classes. Pre-professional programs are offered in pre-med, pre-law, pre-engineering, biomedical engineering, computer science, and business & entrepreneurship which are taught daily by doctors, surgeons, lawyers, judges, engineers, computer scientists, and business leaders currently practicing in their fields. For 12 years, American Heritage Schools has been ranked the No. 1 high school in Florida for the highest number of National Merit Scholars, and the school is home to the No. 1 math competition team out of all private schools in the U.S. The Model UN team is top 5 in the nation, and the Speech and Debate team is in the top 1% in the nation. It is ranked among the top private schools in Florida in STEM, according to Niche. Its Science Research Institute enables students to conduct research on real-world problems, and its students have earned international recognition for their findings.