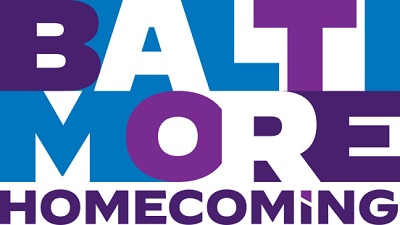 “Whether proudly representing their hometown or working each day to improve Baltimore, each of our 2022 co-chairs has something unique to share, and we’re excited to have them on board,” said Robbin Lee, Baltimore Homecoming’s executive director.

The co-chairs will play an important role in the event’s programming by serving as moderators, participating in panel discussions, leading a breakout session or delivering a keynote speech. Their participation supports the organization as it works to build on past years’ success and welcome new and returning alumni to Baltimore for the event.

Song is chief strategy officer for Cisco Security, the world’s leading enterprise security business, and is a renowned hacker and leading voice in the information security industry. He co-founded Duo Security in 2010, leading the company to its acquisition by Cisco in 2018 for $2.35 billion, the largest exit ever for a Michigan-based software company. Song is involved in fostering entrepreneurship and community in his home state of Michigan and he and his wife, Linh, a City Councilmember for Ann Arbor, invest in people and organizations to help build a more just and equitable world. Song grew up in Maryland where his family owned a liquor store in West Baltimore, allowing him to get to know the city well. After being reintroduced to Baltimore while attending past Homecoming events, the Songs recently made a personal gift of $250,000 to Baltimore Homecoming’s Campaign for Baltimore’s Heroes. This investment helped the organization reach its $500,000 campaign milestone and was distributed in October to 40 Baltimore organizations – many of which are grassroots, BIPOC-led and tackling the city’s biggest challenges.

“Linh and I are proud to support the Campaign for Baltimore’s Heroes. Through Homecoming, we’ve been inspired by so many innovative leaders and organizations building a better future for all Baltimoreans, neighborhood by neighborhood. Connection is about emotional investment, but it’s community that allows for action. We’re grateful to Baltimore Homecoming for the opportunity to engage at a grassroots level and help make a difference in our beloved Charm City,” said Dug and Linh.

Friedman grew up in Baltimore, where she attended Roland Park Country School. She has spent most of her professional career at Nasdaq, where she started as an intern in 1993 and has served as president and CEO since 2017. She has served in several executive roles at Nasdaq throughout her career. From 2011 to 2014 Friedman served as chief financial officer and managing director of The Carlyle Group, where she helped take the company public. She is credited with shaping Nasdaq’s transformation into a leading global exchange and technology solutions company with operations across six continents.

“Baltimore is a city that is close to my heart and has played an important role in shaping my sense of responsibility toward our larger community. I am honored to be part of this important initiative and inspired by the enormous sense of energy, community and creativity that Amplify showcases each year. I look forward to participating in the events and conversations that will shine a spotlight on Baltimore’s rich history and help shape the future of this great city,” said Friedman.

Watkins is a Baltimore-born and raised New York Times bestselling author of The Beast Side: Living (and Dying) While Black in America and The Cook Up: A Crack Rock Memoir, and Salon editor-at-large known for his writing about growing up Black in Baltimore City. He is also a professor at the University of Baltimore, founder of the BMORE Writers Project and an international speaker. He has been the recipient of numerous awards including Ford’s Men of Courage and BMe Genius Grant.

“Baltimore is the most beautiful city in the world, and it’s up to us the most resilient people to keep it that way,” said Watkins.

Serving as 52nd Mayor of Baltimore, Scott is intimately aware of where investment is needed the most in Baltimore. His administration is working to end gun violence, restore the public’s trust and change Baltimore for the better. Scott was elected Mayor after serving as city councilman for Baltimore’s second district from 2011 through May 2019, when he was elected president of the Baltimore City Council. Mayor Scott is a community leader, public servant and lifelong resident of Baltimore City. A proud Baltimorean, Scott is a graduate of MERVO High School and St. Mary’s College of Maryland.

Dr. Sonja Santelises has served as City Schools’ CEO since 2016. Previously, she also served as chief academic officer in City Schools from 2010 to 2013. From 2013 to 2016, Dr. Santelises was vice president of K-12 policy and practice at The Education Trust, a national nonprofit organization focus on closing the achievement gap experienced disproportionately by students of color from low-income families. She has dedicated herself to the achievement of excellence in urban education, and she views every aspect of urban education through the lens of equity.

Porterfield is President and CEO of the Aspen Institute, a global nonprofit organization committed to realizing a free, just and equitable society. A native of Baltimore, where he was raised by a single mother at the height of the civil rights movement, and a Rhodes Scholar, he has been recognized as a visionary strategist, transformational leader, devoted educator and passionate advocate for justice and opportunity. Porterfield previously served as president of Franklin & Marshall College, where he led the College in tripling its percentage of incoming low-income students and doubling its percentage of domestic students of color. He was named a White House Champion of Change in 2016, holds bachelor’s degrees from Georgetown and Oxford, and earned his Ph.D. at The City University of New York Graduate Center, where he wrote his dissertation on the poetry of American prisoners.

Wilson is a visual artist, author, film producer and social justice advocate who resides in Baltimore. He is the author of the book The Master Plan, a memoir about being sentenced to life in prison with no parole and how he turned his life around. Through his work, he investigates societal injustices, human relationships and public policies. His book continues to inspire people from all walks of life. His artwork is collected and displayed internationally, and his production company, Cuttlefish, has produced several successful films, including The Box, which was recently featured in the Tribeca Film Festival. He is also the founder of the Chris Wilson Foundation, which supports social entrepreneurs and prison education, including re-entry and financial literacy for returning citizens as well as art-related programs.

“It’s exciting to finally be bringing alumni back to Baltimore. If we’ve learned anything in the last 18 months, it is that Baltimore is resilient, creative and full of potential. We feel very fortunate to have this group of co-chairs joining us to share their love of Baltimore,” said JM Schapiro, one of Baltimore Homecoming’s co-founders.

Planning for the spring event is in progress. The public voting round to select the top five finalists for the 3rd Baltimore Homecoming Hero Awards presented by T. Rowe Price, recognizing the community and nonprofit leaders, activists, artists and innovators who have made a significant impact on Baltimore is open through December 31 at baltimoresun.com/heroes.

Baltimore Homecoming, Inc. is a 501(c)3 nonprofit organization designed to gather Baltimore’s most accomplished natives and alumni from around the U.S. and the world to spark new partnerships, investments and collaborations; make connections to the city’s next generation of innovators, artists, activists and community leaders; and to reawaken and deepen our personal ties to the city. Founded by Nate Loewentheil and JM Schapiro, who serve respectively as President & Chair of the Board and Board Treasurer, Baltimore Homecoming engages the professional community through its Board of Directors which includes Loewentheil, Schapiro, Rachel Bendit, Michael Chesser, chairman emeritus of Great Plains Energy, Michael Fader, vice president of MileOne Holdings, Josepha Hendler, Ganesha Martin, consultant, Anthony Moag, COO of Whiting-Turner Contracting Company, Chip Wendler, vice president of strategic distribution initiatives for T. Rowe Price, and Brittany Young, founder and CEO of B-360. More information is available at baltimorehomecoming.com.