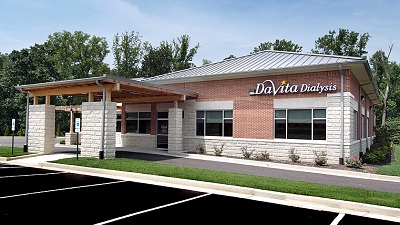 The purchases, made in Georgia, Tennessee, North Carolina, Indiana, Texas, and Colorado, follow closely on the heels of Savlan Capital’s recent medical office building acquisitions and are part of the company’s $100 million plan to shift and grow its existing portfolio towards the health care space.

To date in 2021, Savlan Capital has acquired 12 single-tenant medical office assets valued at nearly $26 million. The company currently has 16 more single-tenant buildings valued at approximately $45 million under contract and plans to to close on those in the fourth quarter of 2021.

“Our strategy is to double our portfolio by continuing to grow our health care and medical holdings and become an active player in the net-leased health care real estate market,” said Chief Executive Officer Zusha Tenenbaum.

“We will continue to target assets occupied by stable growth and credit tenants which provide vital services to their communities,” added Tenenbaum.

Savlan Capital purchased a built-to-suit, DaVita-occupied building at 1611 Andrews Road in Murphy, NC for $2.0 million. DaVita has been the lone tenant in the building for 15 years and the asset’s position is further strengthened by North Carolina’s Certificate of Need requirement, which is intended to control health care costs by limiting duplicative services and facilities.

The company secured a DaVita location at 110 Heritage Court in Greenville, TN for $1.7 million. This built-to-suit facility is proximate to Ballad Health’s Greeneville Community Hospital, which serves 29 counties in northeast Tennessee.

“Each of these assets is located in an area with a robust demographic profile, exhibiting excellent population and economic growth, while facing limited competition,” said Tenenbaum.

Jay Patel and Mike Spisak of Colliers represented Savlan Capital and the sellers in these off-market transactions.

“This investment opportunity was attractive to us because Pinnacle has private equity backing and is committed to this community, with 16 years remaining on their current lease,” explained Tenenbaum.

Marcus and Millichap’s Nathan Whalen and Jeremie Johnson represented both Savlan Capital and the seller in the transaction.

The structure is occupied by Biomat USA, a blood plasma donation and collection company and subsidiary of Grifols, S.A (NASADAQ: GRFS). Biomat USA has operated out of this Denver metropolitan area location for 14 years and recently extended its lease early.

The building and site are occupied by American Pet Spa & Resort, a subsidiary of Destination Pet which specializes in pet care and boarding.

“This acquisition was driven by the tenant’s exceptional long-term performance, commitment to remaining in the building, and their strong private equity backing,” said Tenenbaum. “The investment is further bolstered by the extremely strong demographics in the burgeoning Dallas-Fort Worth market.”

Isaiah Harf from Stan Johnson Co. represented both Savlan Capital and the seller in the transaction.

In Bradenton, FL, Savlan Capital secured a ±7,179-square-foot relocation lease with Qure4you on the ninth floor of Bradenton Financial Center. Qure4you is a health care IT support company that works with many of the largest health care providers and offers a complete digital health platform that supports patient needs from start to finish.

“Our strategies allow us to attract premier medical and health care tenants to our multi-tenant portfolio by creating exceptionally maintained spaces in ideal locations with tenant rosters that reflect the needs of the surrounding community,” said Tenenbaum.