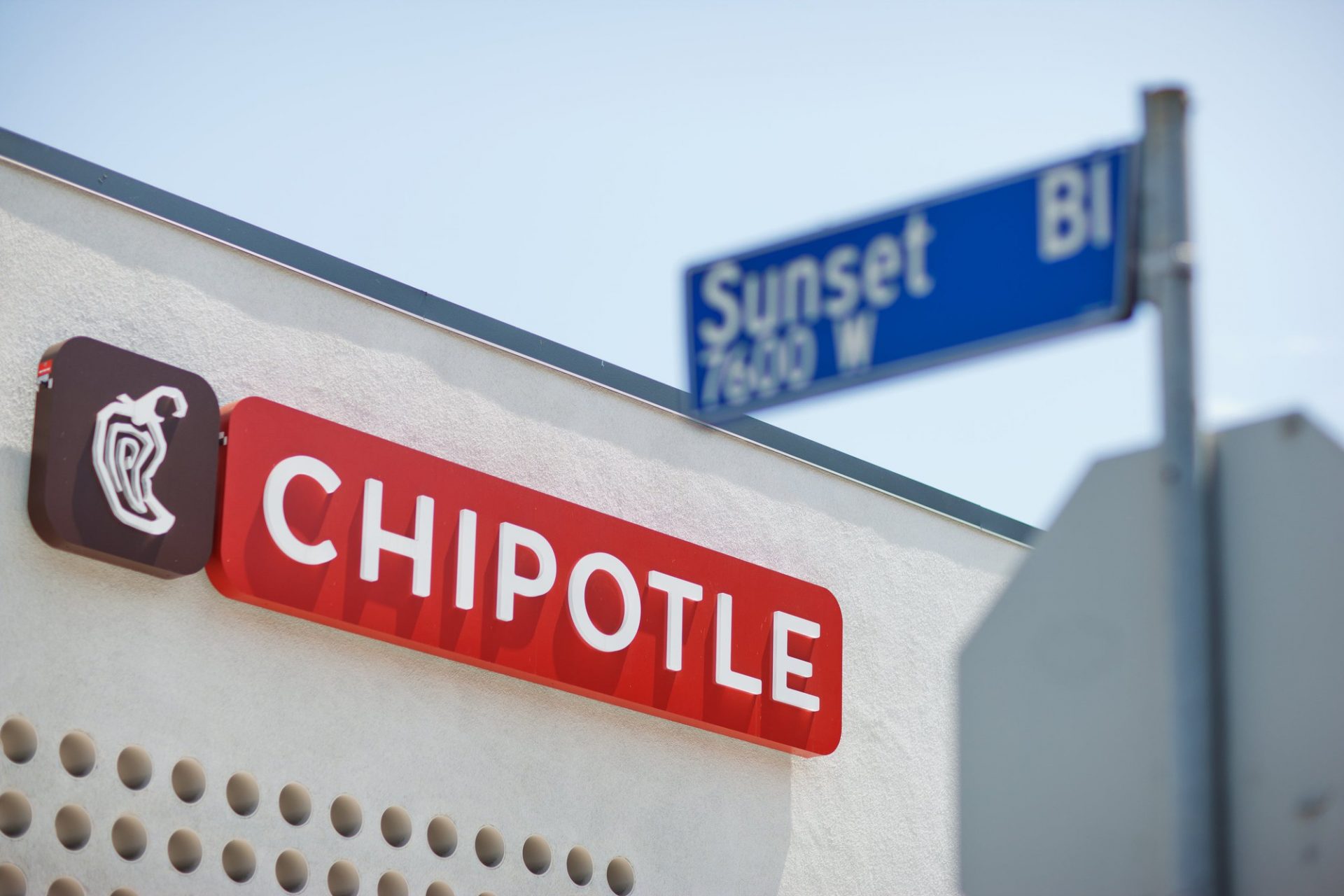 While many restaurants took a big hit during the pandemic, Chipotle Mexican Grill (NYSE:CMG) adapted quickly, shifting its business to digital channels to meet the needs of social-distanced consumers. Not surprisingly, shareholders have been well rewarded; in the past year, Chipotle’s share price is up nearly 37%. Can that outperformance continue?

Should you invest $1,000 in Chipotle Mexican Grill, Inc. right now?

Before you consider Chipotle Mexican Grill, Inc., you’ll want to hear this.

Our award-winning analyst team just revealed what they believe are the 10 best stocks for investors to buy right now… and Chipotle Mexican Grill, Inc. wasn’t one of them.

Jason Hall: Chipotle Mexican Grill, it just absolutely has executed so incredibly well since Brian Niccol came in as CEO couple of years ago now. I think it will be three years this coming February since he took over.

Here’s the backstory: I think this is important for anybody that maybe hasn’t followed the company really closely. Up to now, Chipotle was a huge winter for a long time under its co-founders, who were co-CEOs for a while, and then one stepped away and Steve Ells — I believe, if I’m remembering — Steve Ells is the one that remained CEO, and he stepped down when Brian Niccol came in. The timing was largely tied to a year-and-a-half the company was dealing with the fallout from its food-borne illness. Just a debacle, a bunch of people got sick in multiple states. There were like three or four unrelated events that all happened within, I don’t know, months of one another. It just was really tough on the business and comps crashed. I think when that first happened, comp sales fell by 39%. But like the first quarter after the first initial events happened. This was in the middle of a very healthy economic environment, I think it was maybe 2017 when this happened. But anyway, it was like a perfect time for a fast-casual chain like Chipotle to continue to do well, and it was just a debacle.

Anyway, eventually the decision was made to start with new leadership. Brian Niccol came in, he was the CEO of Taco Bell. Taco Bell was part of Yum! Brands while he was there, so much of the focus of his time as CEO was on so-called food innovation. When companies like Dorito Tacos like all of these different things they would do like Flamin’ Hot Cheetos brand. Just like all of these crazy things that they did that were very effective in terms of marketing and revitalizing their menu. But a lot of what he did was just cutting out old stuff, simplifying parts of their menu for things that they weren’t really big sellers that have been on their menu for a long time. It really focused on things like digital, getting them up to speed with how younger food consumers were looking to order, just some really smart things that they did.

Anyway, when he came into Chipotle, it was the idea was that he was going to revitalize the menu. That he was going to be this big food innovation guy, and it didn’t happen. Frankly, it didn’t happen. He leaned in really, really hard on focusing on two things. Number one, what is Chipotle known for? What has it been best at? That’s getting back to its core “food with integrity” purpose. Focused on sourcing as locally as you can, organic whenever possible, they have some great initiatives to partner with businesses, producers to help them scale up as they’ve scaled up. Some really great things they’ve done. Probably the most important thing he’s done though is bring technology in. Bring technology in so that the business can improve its throughput during its peak periods of times. Because in terms of like the per-restaurant economics, this is one of the three or four best restaurants in the U.S. in terms of their model and generating profits.

Let’s talk a little bit about the expectations coming into this quarter. Analysts are looking for third-quarter revenue of about $1.93 billion, earnings per share of $6.29, that’s adjusted. Those analyst expectations are always on adjusted earnings per share. Chipotle, like a lot of companies, doesn’t give specific guidance. What they are saying is their full-year comps. They give some tax-rate guidance and then they talk about how many new stores they are going to open. Looking at low-, mid-, double-digit comps — now, the comps are actually going to slow in the third quarter because we’re getting through into the first quarter and then all of the second quarter when so many places were just physically closed, and their comps just absolutely were smashed. We saw huge comps growth in the second quarter. It’s going to slow in the third quarter. On a net basis, the company opened 50 restaurants last quarter, so they are on track for that 200 net new openings.

Now, what am I specifically watching? I’m looking at comps. Again, how does Chipotle defined comps? It defines comps as sales at restaurants that have been opened for 13 months or more. I’m going to be looking at those restaurant-level margins, and I’m going to do a share from the companies. Might be a little hard to tell me if I need to make this larger guys. I am going to be looking at restaurant-level margins. Or if you guys can see that — is it big enough? We don’t need to make it bigger.

Jon Quast: I can see it.

Jason Hall: Here’s comps from the second quarter, 31.2%. We are going to see that slow again because the third quarter last year was a lot better than the second quarter. I’m really going to focus a lot on this restaurant-level operating margin, because this is the key, 24.5% is quite good, and management is pretty sure that they can continue to increase this over time. A big part of the way that is they’re going to increase this is by focusing on continuing their digital leverage. They brought in a lot of technology of people to use the app. We’re talking like half of their sales are coming from digital orders now. People are ordering on the app, so they’re not waiting in line to pick their food up. What happens is that goes through their make-ready line in the back, their second make ready, so it’s basically their prep kitchen. They put their digital order in and the people that are waiting in line in the store don’t have digital customers literally in front of them being made, they’re being made in this per play. It has boosted their throughput significantly — digital orders, they get there, it’s already paid for, they go pick it up off of a rack, it’s got their name on it, and they walk out. By boosting their throughput using technology, they can push that restaurant-level operating margin even higher. Those are really the three things I’m focused on. Again, comps, seeing if they continue to trend in that positive direction. Restaurant-level margins, are they continuing to rise, and really what are they talking about with their digital sales growth.