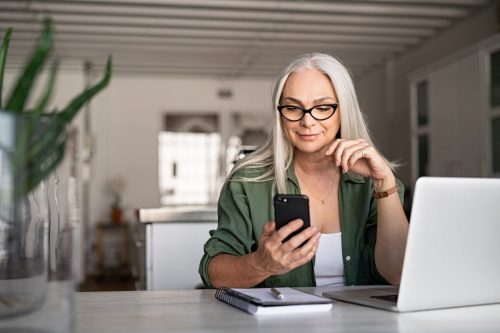 International auction and e-commerce site eBay (NASDAQ:EBAY) is hoping to maintain the momentum it has gained since the pandemic’s onset when millions of buyers joined the platform.

In this segment from Beat & Raise, recorded on Oct. 4, Fool.com contributors Brian Withers and Parkev Tatevosian discuss what to look for when the company reports third-quarter earnings on Oct. 26.

Before you consider eBay Inc., you’ll want to hear this.

Our award-winning analyst team just revealed what they believe are the 10 best stocks for investors to buy right now… and eBay Inc. wasn’t one of them.

Parkev Tatevosian: Ebay has been one of the companies that benefited during the pandemic as people jumped online and were avoiding stores at the initial onset at least. Now revenue for Q3 is expected to decline to 2.465 percent a 5.8 percent decrease. However, the reason for the decline is there’s also some divestitures. Excluding the divestitures the revenue is actually going to increase about eight percent. It’s not a real apples-to-apples comparison to last year. Then earnings-per-share is expected to come in at 0.89 cents per share, about a 4.7 percent increase. A few things to watch here is the active buyer totals. At the pandemic onset, right in their second quarter of last year, eBay added a record total of seven million new active buyers. Now some of those buyers are leaving. At the end of Q2, eBay had a 159 million total active buyers. That’s down two percent from last year. But if you compare it to 2019, that was still up about three percent from 2019, so it’s going to be interesting to watch how it evolves in the next quarter. Can they stabilized those active buyer losses? There’s also another trend that we can double-click on in the buyer, increases and decreases later if you would like to, Brian. Then the next point is to watch gross merchandise volume. This is important for eBay. This is essentially the total dollar value of transactions that take place on eBay’s platform. That’s important because eBay earns its revenue by taking a percentage of those transactions. In other words, that’s their take rate. The revenue divided by gross merchandise value is the take rate. In its second quarter eBay was able to increase revenue despite the gross merchandise value decreasing. They did that by increasing the take rate substantially. It actually increased by about 200 basis points from last year. It’ll be interesting to see if it can continue raising that take rate and what upper ranges on that take rate for eBay. Then finally, it will be interesting to watch if eBay’s getting any tailwinds from resellers joining eBay. What I mean by that is supply chain shortages, and shortages of gaming chips and new gaming consoles and games and all things you’ve seen sold out and out-of-stock at major retailers or something I like to always say when I’m writing about eBay is that eBay is rarely ever sold out. For the most part, you can find what you’re looking for on eBay. Now you may have to pay higher than retail price, 20, 30, 40 percent higher but you could usually find what you’re looking for on eBay. As these out-of-stocks and sold out things increase in retailers, eBay should get a tailwind from that on their site.

Brian Withers: You hit the nail on the head is what I think of when I think of eBay, it’s my e-commerce site of last resort. [laughs] Unfortunately, that’s what eBay’s become known for. I know that they’ve been able to move past that. I know that they’ve done a few acquisitions over the years. One of them being a sport-centric apparel and trinket maker. But eBay always seems second tier to the Amazon‘s (NASDAQ:AMZN) of the world, even something like Etsy (NASDAQ:ETSY), who’s formed a nice niche around themselves by focusing on artisans and having a more creative marketplace. Do you feel like eBay has to have a solid quarter or can they just continue to make marginal improvements and have shareholders be happy?

Parkev Tatevosian: That’s good question. I think that the bar is lower for eBay because investors are expecting a decrease from the pandemic surge that they went through last year. So I don’t think that they need to do extremely well in this quarter. I do think that they need to continue to execute on their initiatives, building out. For example, I mentioned that they were able to increase the take rate by about 200 basis points. That’s partly a result of migrating the buyers and sellers on the site over to their own payment system. That’s been a nice source of incremental revenue. That’s going to add 1.8 billion in revenue this fiscal year for eBay. Those revenues come at about a contribution margin of 25 percent. That was about 80 percent transitioned over. They’re expecting that to increase to about 90 percent in the third quarter. As long as they continue executing on that initiative and then focusing more on higher-value buyers, I think the investors will continue to reward them.

Brian Withers: Very cool. I was looking at the five-year. If you look back at the five-year history for eBay, it’s doubled in the last five years. Nice around 15 percent return versus the market, which is about a 55 percent over that same time period. It absolutely is quietly beating the market behind the scenes. Maybe one for Motley Fool members to take a look at.