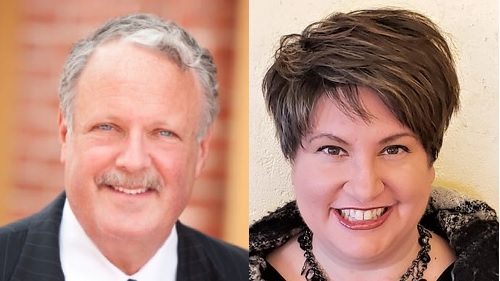 Jeffrey A. Newman and Christine Martino-Fleming

Whistleblower attorney Jeffrey A. Newman filed the case in 2015 on behalf of Christine Martino-Fleming, the former Coordinator of Staff Development and Trainingat South Bay. While she worked at South Bay, Ms. Martino-Fleming repeatedly told management about her concerns that South Bay was routinely submitting bills to MassHealth (the Massachusetts Medicaid program) and its contractors for services provided by therapists and other professionals who did not meet the MassHealth licensing requirements or were not properly supervised. Caitlyn Silhan, of Waters & Kraus, LLP, and Christopher Hamilton, of Hamilton Wingo, LLP, subsequently joined Mr. Newman as co-counsel on the case.

“Through her courage in bringing this case and her commitment through six years of litigation, Ms. Martino-Fleming achieved vindication on behalf of the thousands of South Bay patients who received mental health services from individuals who were not properly licensed or supervised. She exemplifies what one person can accomplish to protect individuals seeking mental health services. Ms. Martino-Fleming never wavered and gives meaning to the concept of ‘The Power of One,’” said Mr.Newman.

“The environment was ripe for fraud.  For years, South Bay made its money by prioritizing profits over people. The company endangered the health and safety of its clients. I had hoped that things would change when H.I.G. acquired South Bay, but the predatory behavior just got worse,” said the whistleblower, Ms. Martino-Fleming.

In her Complaint, Ms. Martino-Fleming alleged that the defendants caused false or fraudulent claims to be submitted to MassHealth and to managed care organizations that deliver MassHealth benefits, including mental health services.

Newman & Shapiro specializes in representing whistleblowers in qui tam and other fraud cases. On behalf of our clients, we bring cases under the False Claims Act and the whistleblower award programs of federal agencies such as the Securities and Exchange Commission and the Internal Revenue Service. We handle cases involving all types of fraud, including pharmaceutical and health care fraud, education grant fraud, customs fraud, securities fraud and foreign bribery, and tax fraud.  For more information, please visit newmanshapiro.com or call 617-823-8217.