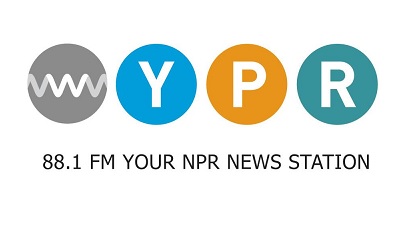 WYPR has announced Lisa Manzone as the new chair of the station’s Board of Directors, and a new slate of officers including Laura Speer as vice chair, Dr. Bradley Schlaggar as secretary and John Prugh as treasurer. Three community and business leaders were also elected to the Board of Directors – Mike Karas, Daymon Pope and Chrissie Powell.

“On the heels of our 20th anniversary year, we are grateful to these newly elected Board members for their service as we continue to reimagine how to serve the audiences of tomorrow,” said LaFontaine E. Oliver, president and general manager. “WYPR’s Board members play an essential role in extending the value WYPR brings to our local communities. They guide decisions that ensure growth in services across platforms, including the recent expanded public service opportunity with WTMD, which provides a rich and unmatched music discovery platform with opportunities for Baltimore’s musicians and artists at its core.”

Manzone is senior vice president of human relations for McCormick & Company and is responsible for the development and execution of the company’s global people strategy. Manzone began her career with McCormick in 2007 and held various leadership roles within the Human Resources division. Prior to McCormick, she was the vice president of human resources for JLG Industries. She previously held human resources leadership positions for ArvinMeritor, Inc and AlliedSignal Automotive. Manzone has served on the WYPR Board of Directors on various committees since 2017.

Speer, director of strategy for The Annie E. Casey Foundation, has been a member of the WYPR Board of Directors since 2017. Dr. Schlaggar, president and CEO of Kennedy Krieger Institute, has been a member since 2019. Prugh, retired president & CEO for Alex Brown Realty, Inc., has served on the Board since 2014.

Mike Karas is a retired lawyer who worked primarily as in-house counsel for Bank of America. He is currently the co-owner of B Michael & Sons Business Trust, which owns residential rental property and is an owner and on the management team of Squeaky Clean Car Wash in Pasadena, Md. An active member of the community, he volunteers for various nonprofit organizations including The Maryland Food Bank, Our Daily Bread and The Very Special Arts Festival and a number of political campaigns in recent years. He is a proud graduate of the Gilman School and holds an MBA from Georgia State University and JD from University of Maryland School of Law.

Daymon Pope PMP, CPA is a financial professional with a diverse background helping organizations across the private, nonprofit and government sectors. He played a key role with helping Union Church build its financial infrastructure and helping it to grow it into a multi-million-dollar organization. Pope currently works as a consultant at Deloitte, helping government clients develop and implement financial policies and controls. He also consults with small businesses to help them improve their operations.

Chrissie Powell is the executive director of Byte Back Baltimore, an organization that provides Baltimore residents free tech training and the chance to succeed in the digital economy. Prior to her work with Byte Back Baltimore, Powell spent six years with Goodwill Industries of the Chesapeake in Baltimore. She is also one of the founding leaders of the Baltimore Digital Equity Coalition, which provided an urgent response to the digital divide during COVID-19 and ongoing solutions to advance digital equity. A Maryland native, Powell earned her bachelor’s degree from Morgan State University.

Your Public Radio (WYPR) is an NPR station serving Baltimore, Central Maryland and beyond. WYPR was founded in 2002 by local community members. It is an independent licensee with a diverse Board of Directors consisting of Maryland residents. In addition to airing national and international radio features, WYPR excels in local programming including its news, public affairs and cultural programs. WYPR is located at 88.1 FM on the radio dial and at 2216 N. Charles Street in Baltimore. As a listener-supported radio station, all contributions to the station are tax-deductible to the full extent of the law. For more information, visit www.wypr.org or call 410-235-1660.

Profiles, Inc. creates communications programs that change the fate of our clients. Through the implementation of targeted strategies and compelling messages, we help bring our clients more patrons, more donors, more believers, more business, more success – no matter how they measure success.