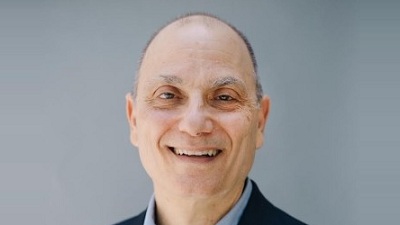 Mr. Palay is one of the pioneers of the induced pluripotent stem cell (iPSC) industry. He was Founder, Chairman of the Board, and Chief Executive Officer of Cellular Dynamic International (NASDAQ: ICEL), one of the first companies to harness IPSC’s and their derivatives for use in drug discovery and therapeutics. CDI was acquired by FujiFilm for $307M in 2015. Prior to Cellular Dynamic International, he was a co-founder and Chairman of the Board of NimbleGen Systems, a early adopter of light directed synthesis for manufacturing genomic micro-arrays. NGS was acquired by Roche in 2007 for $272.5M. He was previously a Fellow at Harvard’s Advanced Leadership Initiative where he focused on emerging biothreats.

“We are pleased to welcome Robert to the Cellino Board,” said Nabiha Saklayen, Ph.D, CEO & Co-Founder, Cellino. “Robert’s deep experience in pioneering the light-directed synthesis and iPSC industries will be invaluable to Cellino as we grow our business at that unique interface and pursue our mission to serve patients.”

“I am thrilled to join the Cellino Board,” said Robert J. Palay. “Cellino’s platform is the future of the stem cell industry. They have the unique ability to bring laser precision and artificial intelligence to the manufacture of IPSC’s and their derivative cells. Their innovation offers a clear path to dramatic improvements in the quality and quantity of manufactured human cells, while simultaneously dramatically reducing cost. No one else has technology offering such a robust and powerful platform.”

Mr. Palay was also a co-founder and Chairman of the Board of Genetic Assemblies, a synthetic biology company, which was acquired by Codon Devices in 2006. Mr. Palay is currently Chairman of Tactics II Equity LLC, a life science investment and advisory firm. He is currently a member of the board of directors of the Center for Strategic Risks and a founder of the Alliance to End Biological Threats. Mr. Palay received a J.D. and M.B.A. from Northwestern University, and an A.B. from Harvard College.

Cellino is an autologous regenerative medicine company developing an AI-guided single-cell laser editing platform for cell-based therapies. The company has developed a scalable platform that automates and standardizes autologous stem cell production, accelerating the development of life-saving medicines for patients. Cellino is based in Cambridge, MA. For additional information, please visit www.cellinobio.com.