Cindy Lawrence, a native New Yorker and lifelong math enthusiast, began her professional career as a CPA, working in both public accounting and the private sector. Her career then segued into education as she became a lead instructor and national editor for an international professional review program, Becker Professional Education, writing and editing curriculum and reaching thousands of students worldwide. Ms. Lawrence also created and continues to direct an extracurricular mathematics program for gifted middle school and high school students, run through a joint venture with Brookhaven National Laboratory.

In 2008, Ms. Lawrence began volunteering with a group that was determined to open North America’s only museum of mathematics. She quickly became an active contributor to the project, joining the exhibit design team and eventually becoming the Museum’s Chief of Operations. In January 2015, after having been promoted first to Associate Director and then to Co-Executive Director, Ms. Lawrence was named Executive Director and CEO of the National Museum of Mathematics (MoMath).

In her leadership role at MoMath, Ms. Lawrence strives to change public perceptions of mathematics and to improve and diversify mathematics education. She focuses on the creative design process for all exhibits and programs, both onsite and online, as well as overseeing all aspects of Museum operations, including public outreach and engagement.

Under the stewardship of Ms. Lawrence, MoMath, located in New York City, has attracted more than one million onsite visitors and currently engages audiences in all US states and territories and in 119 countries around the world. She is a much sought after speaker regarding informal math education and public math outreach; she serves as a consultant to countries and cities around the world aspiring to create math museums; and she has authored numerous articles about the role of math in building community and encouraging underrepresented groups to engage in mathematics.

The innovative and engaging exhibits and programs developed by Ms. Lawrence and her team have resulted in numerous awards for MoMath, including the Communications Award for Public Outreach from the Joint Policy Board for Mathematics and the American Alliance of Museums Media and Technology Professional Network MUSE Award.

Ms. Lawrence enjoys sharing the wonder and beauty of mathematics with audiences of all ages and backgrounds and demonstrating that math can be interactive, exciting, and fun. She resides on Long Island, New York and is the proud parent of three adult children, all of whom work in STEM-related fields. 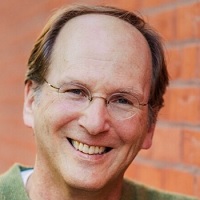 Steven Strogatz is the Jacob Gould Schurman Professor of Applied Mathematics at Cornell University. He works on nonlinear dynamics and complex systems applied to physics, biology, and the social sciences. His 1998 Nature paper on “small-world” networks, co-authored with his former student Duncan Watts, has been cited more than 45,000 times according to Google Scholar, ranking it among the top 100 most-cited scientific papers of all time.

A renowned teacher and communicator, Strogatz has blogged about math for the New York Times and The New Yorker and has been a frequent guest on Radiolab and Science Friday. His latest book, Infinite Powers, was a New York Times bestseller and was shortlisted for the 2019 Royal Society Science Book Prize. For more information and Dr. Strogatz’s full bio, please visit his website.

About the National Museum of Mathematics:

The National Museum of Mathematics (MoMath) strives to enhance public understanding, and perception of mathematics in daily life. Currently celebrating its ninth year of operation, MoMath has reached more than two million New Yorkers and visitors from around the world.

The only math museum in North America, MoMath fills a critical demand around the country and worldwide for hands-on math programming, offering a space where the math-challenged, as well as math enthusiasts of all backgrounds and levels of understanding can enjoy the infinite and beautiful world of mathematics through more than 40 unique, state-of-the-art, interactive exhibits.

When mandated by New York City to close in March 2020 because of the Covid-19 crisis, MoMath transformed itself into a virtual Museum with a global footprint. During the pandemic, MoMath has provided more than 1,500 online programs reaching more than 60,000 participants from all 50 U.S. States and Territories, as well as more than 100 countries, including Australia, Vietnam, Guatemala, Egypt, Argentina, Indonesia, China, Pakistan, Bhutan, Sweden, Chad, Zambia, and France. With its newfound global audience, MoMath is continuing to devote all its capacity and expertise to providing high quality, interactive, and responsive online education.

In addition to MoMath’s home in New York City, Museum exhibitions and content are currently featured in Singapore, Brazil, Germany, Pakistan, the Netherlands, Russia, Spain, Sweden and the UK.

MoMath received the 2016 Communications Award for Public Outreach from the Joint Policy Board for Mathematics. The Museum was awarded the bronze 2013 MUSE Award for Education and Outreach by the American Alliance of Museums. MoMath has been recognized as the Most Fascinating Museum in New York State by the TripAdvisor vacation site, and hailed as “Best Museumfor Kids” by New York Magazine.

Background/ Who We Are/ Why We Do What We Do

1. This December will mark the 10th anniversary of the National Museum of Mathematics. Can you tell me a little bit about the Museum and what it offers?

2. What is MoMath’s mission?

3. MoMath has so many different programs tying math to a broad range of fields and interests. Can you highlight some of the museum’s most popular programs for different age groups?

4. STEM gets a lot of attention as an area that the U.S. needs to focus on in education. How does MoMath contribute to promoting the importance of STEM education?

5. What is MoMath’s answer to the most popular question of kids all over America, “when will I ever use this math again?”

6. The world just went through an unprecedented time with children learning remotely from home. There has been a lot of talk about learning loss and teachers struggling to keep students engaged. As a leader in the field and educational resource, how does MoMath help keep students engaged with and excited about mathematics?

7. Over the past several years there has been an increased focus on uplifting diverse voices and creating equitable spaces, especially within cultural institutions. What is MoMath doing to celebrate diversity in STEM and build understanding among all audiences?

8. As a female who is both the head of a New York City cultural institution and a leader in STEM, why do you personally feel passionately about the public dissemination of mathematics and the Museum’s mission?

GROWTH/ LOOKING TO THE FUTURE

9. How have you seen MoMath grow under your leadership since it opened its doors almost 10 years ago?

10. What are the future goals of the Museum as you continue to grow and innovate in your field?

11. Where can people go to learn more about the Museum and its program offerings?