Kristal Hansley is the Founder & CEO of WeSolar, Inc and is the nation’s first Black Woman CEO in the community solar industry. Under her leadership, WeSolar is growing quickly, providing consumers across Maryland access to affordable solar energy, regardless of the home type, and helping hard-working families reduce monthly expenses.

Kristal Hansley, an entrepreneur, and advocate for the use of solar power to help hard-working families reduce monthly expenses. Kristal is a Brooklyn native with a Bachelor of Art in Political Science and Sociology from Howard University. She first made her mark in the political field when she was honored as the 2010 Howard University Legislative Fellow, which led to her tenure in the U.S. Senate on the staff of Majority Leader Harry Reid.In addition to serving as Program Manager for the Senate Democratic Diversity Initiative, she was Majority Leader Reid’s liaison to local, state, and federal officials, and national organizations. Later, Kristal continued her work empowering constituents with legislative support favorable to average citizens by overseeing Community Affairs policy in the office of Congresswoman Elanor Norton. 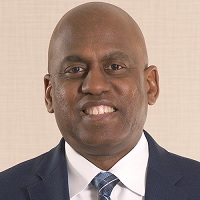 Lorenzo A. Bivans, Jr. is Senior Counsel in Rosenberg Martin Greenberg’s Business Planning and Transactions and Tax and Wealth Planning groups, focusing particularly on the structural and other tax aspects of business transactions. Lorenzo focuses particularly on equity and asset sales and acquisitions and joint ventures, and the formation and restructuring of business entities. Lorenzo advises and focuses on equity compensation and real estate issues, as well as renewable energy, qualified opportunity zone, and other tax credit and tax benefit opportunities. Lorenzo’s practice encompasses many aspects of federal and state tax law.

Lorenzo is a member of the American Bar Association Section of Taxation and the Maryland State Bar Association. Lorenzo graduated from Princeton University and received his J.D. from Rutgers School of Law.

During the unrest in Baltimore in 2020, a law clerk at Rosenberg Martin Greenberg created the idea of the RMG Black-Owned Business in Baltimore Initiative. As a Baltimore-based business law firm, one way in which the attorneys and staff at RMG are uniquely suited to assist in addressing some of the drivers of economic disparity in Baltimore City’s Black community is by expanding access to legal representation for Black-owned businesses.

On July 1st, Rosenberg Martin Greenberg began accepting submissions for its second cohort in the Building Black-Owned Business in Baltimore Program. Five businesses will be selected from the applicant pool to receive complimentary legal services for one year. RMG will announce the five finalist in early September who were selected based on an internal assessment of each applicant’s responses, legal needs, and RMG’s available suite of services.

Connect with Kristal and Lorenzo on LinkedIn

Q1. What inspired you to start WeSolar?

Q2. How long have you been in business?

Q3. Can you describe how your business operates to serve the Baltimore community?

Q4. Who is your ideal client/business prospect?

Q5. What made you apply to the Rosenberg Martin Greenberg Building Black-Owned Business in Baltimore program to receive free legal services?

Q6. What type of legal services did receive during your engagement with RMG?

Q7. Are legal services a normal part of your business?

Q8. What benefits do you feel you received from being a part of the program?

Q9. What is your vision for WeSolar over the next five-yearsand beyond?

Q10. What words of wisdom would you give to other entrepreneurs?

WeSolar was founded on Juneteenth in 2020 by Kristal Hansley. Since her childhood growing up in Brooklyn, New York, Kristal has been passionate about serving the community and standing up for the rights of others. In addition to serving as Program Manager for the Senate Democratic Diversity Initiative, she was Majority Leader Reid’s liaison then continued her work empowering constituents with legislative support in the office of Congresswoman Eleanor Holmes-Norton. During this time, the State of Maryland and others passed laws designed to increase the use of solar power while deregulating the market to give consumers more choices to meet their energy needs. Seeing solar’s role in reducing the cost of electricity for households, Kristal decided to get involved in the new but quickly growing business of sourcing energy from community solar providers as an alternative to the big utilities. Mentored by the leadership of Neighborhood Sun and with the support of solar energy providers, WeSolar was born!

WeSolar’s mission is to bring under-resourced communities affordable access to local community solar and to assist commercial properties with energy efficiency. WeSolar launched in Baltimore and will expand to other cities in the future. Through WeSolar, electricity consumers can purchase shared solar from a local project without having to install any equipment in their homes. In turn, residents save hundreds on their electricity bills. In Maryland, lawmakers passed legislation that states 50 percent of its electricity must come from renewable energy sources by 2030. The CEO, Kristal Hansley, and her team are disrupters who advocate that communities of color and low-income communities be included in this shift and have a healthy environment in the future.