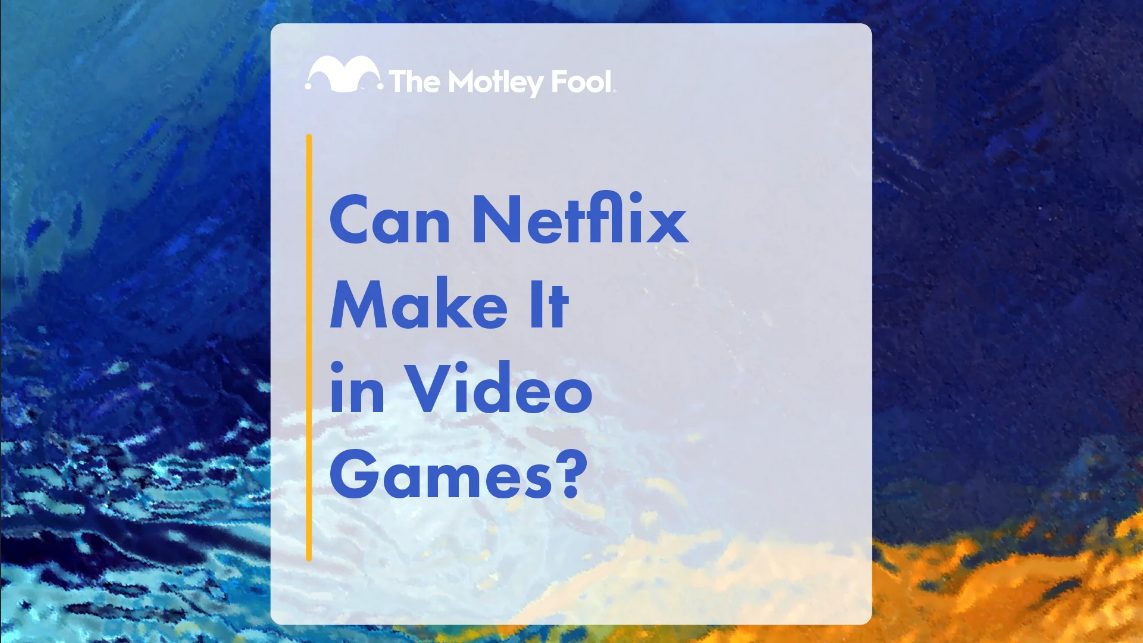 Netflix recently announced plans to get into gaming, starting with mobile games.

When our award-winning analyst team has a stock tip, it can pay to listen. After all, the newsletter they have run for over a decade, Motley Fool Stock Advisor, has quadrupled the market.*

They just revealed what they believe are the ten best stocks for investors to buy right now… and Netflix, Inc. made the list — but there are 9 other stocks you may be overlooking.

Jeremy Bowman: Then in other big news out yesterday was Netflix is getting into video games. They made a couple of big hires from EA and Facebook‘s Oculus division. I think that might be a sign that the company sees that video streaming or shows and movies is maturing but I think this company has a ton of optionality and I’m curious to see what they do with video games. They have a subscriber base of more than 200 million people around the world which is really unmatched by any other streaming company and further down the road, I think advertising is definitely an option. There’s different kinds of content that they haven’t gotten into like news and sports, maybe some more interactive stuff. I think that’s a good sign that they’re getting in the video games and I’m definitely curious to see what management thinks about the third quarter though. Like I said before, their Q2 is probably going to be a little weak but long term, I think. Its CEO Reed Hastings has been great at foreseeing the future of TV and I think they’re still the leader. They’re the best bet in the streaming sector.

Brian Withers: Yeah. I’m glad you brought up the video game thing, Jeremy. I’ve always thought that that should be an element where Netflix has a right to play but I just feel like they’re a decade too late to this.

Bowman: That could be true. I think it depends on how it plays out. But I think we underrate Netflix’s customer base as a platform to launch into new businesses. I know Disney tried to do this before and it didn’t quite work out so it might not work but at least I appreciate the effort certainly even if it didn’t play out.

Feroldi: Just thinking like, I know that Google Stadia that whole thing was a failure so it’ll be interesting to see what angle they take on it.

Bowman: Yeah. I think Bloomberg reported the story. I assume somebody will ask about it in the earnings call, which is next Tuesday but I think the two are higher so they’re just getting started with the development.