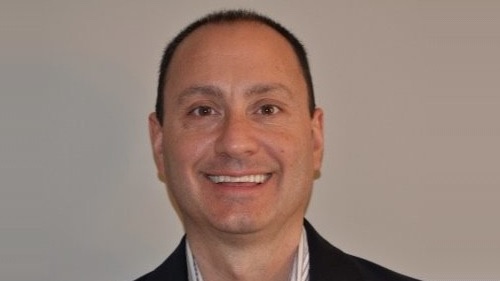 Atlantic Grill, a neighborhood pub with an expansive outdoor dining space, has a new owner after 16 years, Atlantic Station announced today. Sean Bishop, a long-time Atlanta and Atlantic Station resident, purchased the restaurant this summer with plans to upgrade the interior and exterior, introduce new menu items and engage the community through weekly events. The renovations will be complete in early 2022.

Bishop has lived in Atlantic Station with his husband Reggie since the neighborhood opened in 2005. After being laid off from a career in corporate marketing and management because of the pandemic, Bishop, like many others, re-assessed his career. As a regular customer at Atlantic Grill, he discovered the opportunity to obtain ownership after the previous owner, Paul Sachetti, announced he was looking to retire. Bishop officially purchased the restaurant in May and kicked off renovations earlier this summer.

“Atlantic Station is my home. I’ve been here since the beginning and have enjoyed watching it grow and transform tremendously over the years,” said Bishop. “I’m honored to have been given the opportunity to become engrained even further within the community by owning a landmark like Atlantic Grill. Paul has done an amazing job and built a true family here, and I can’t wait to introduce my vision and maintain the core values of the restaurant –  great people, great service and great food.”

Renovation plans for the restaurant include new interior and exterior paint, upgraded flooring, modern light fixtures, restroom improvements and the replacement and addition of all new TVs and sound systems. The overall branding of the restaurant will also be updated, while keeping the Atlantic Grill name and pub theme. An elevated seasonal menu with weekly drink specials will be introduced and changed quarterly. Live music has rejoined the grill every other Friday, and brunch is now offered on Sundays.

“Atlantic Grill is a favorite in the Atlantic Station community with an incredibly loyal following,” said Kristie Ray, Retail Director at Atlantic Station. “Sean is already very involved in the neighborhood, and we are delighted to have a true local assume ownership of this vital restaurant. We look forward to seeing what’s to come of Atlantic Grill.”

In addition to owning Atlantic Grill, Bishop is also on the board of the Atlantic Station Civic Association and president of the 16th Street South HOA. Atlantic Grill is now open Tuesday through Thursday and Sunday until 8 p.m. and Friday and Saturday until 10 p.m., with brunch on Sundays beginning at 11:30 a.m.

A national example for sustainable mixed-use communities, Atlantic Station transformed an abandoned industrial site into a thriving retail and entertainment district at the heart of Atlanta’s vibrant Midtown neighborhood. Opened in 2005, Atlantic Station is home to some of Atlanta’s most popular restaurants, retailers such as H&M, Forever 21 and Dillard’s and leading employers such as Wells Fargo, Facebook, Microsoft and Truist. Atlantic Station is nearing completion of a major repositioning including a revamped tenant mix, with new retail and restaurant offerings, the inclusion of new multifamily residential units, hospitality offerings and more than 700,000 square feet of Class-A office space. In 2020, the property celebrated the opening of its revamped central greenspace, Atlantic Green.

Hines is a privately owned global real estate investment firm founded in 1957 with a presence in 240 cities in 27 countries. Hines oversees a portfolio of assets under management valued at approximately $160.9 billion¹, including $81.7 billion in assets under management for which Hines serves as investment manager, and $79.2 billion representing more than 172.9 million square feet of assets for which Hines provides third-party property-level services. Historically, Hines has developed, redeveloped or acquired approximately 1,450 properties, totaling over 485 million square feet. The firm has more than 180 developments currently underway around the world. With extensive experience in investments across the risk spectrum and all property types, and a pioneering commitment to ESG, Hines is one of the largest and most-respected real estate organizations in the world. Visit www.hines.com for more information. ¹Includes both the global Hines organization as well as RIA AUM as of December 31, 2020.